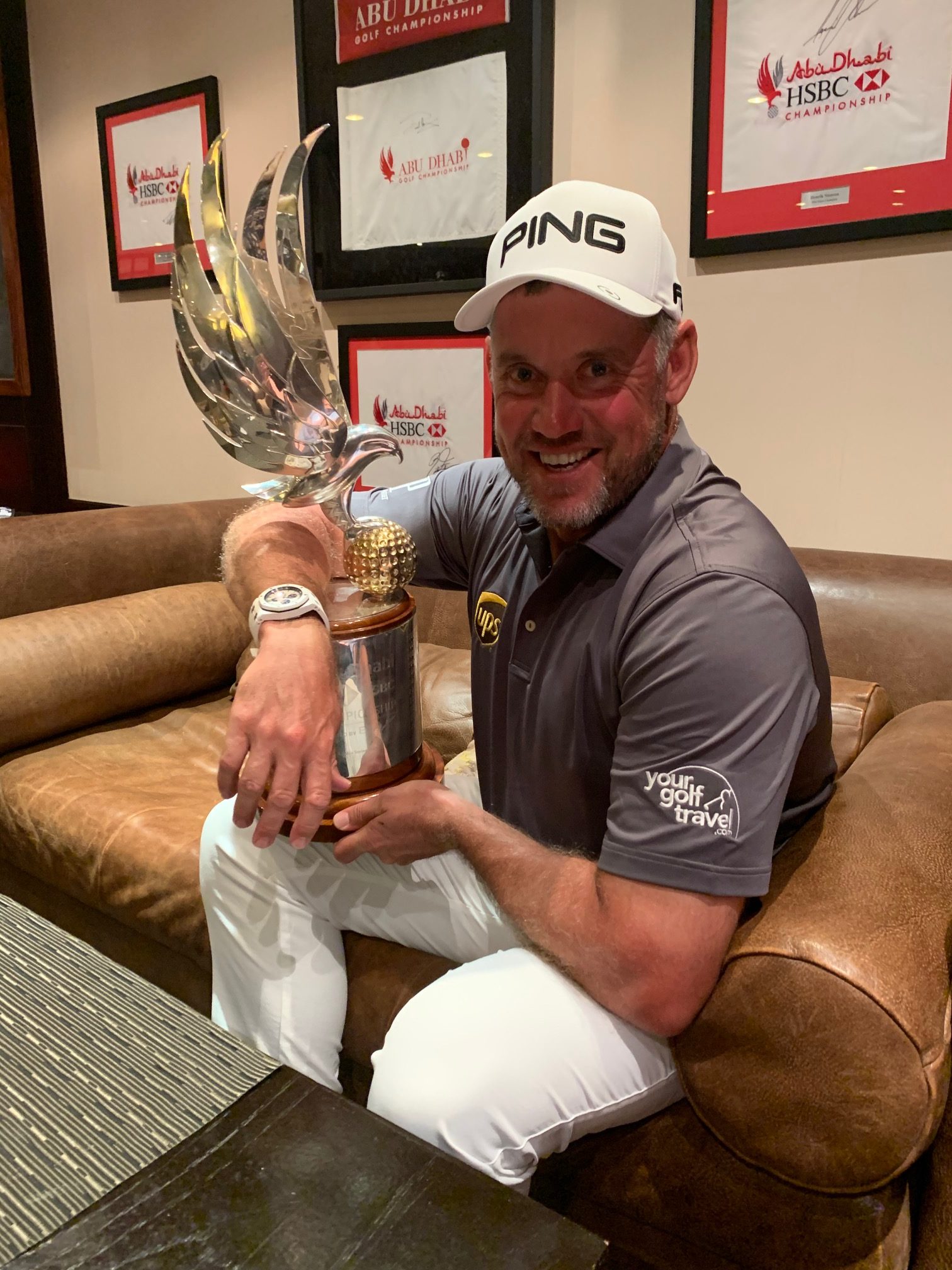 The former world number one carded a final round 67 to finish on 19-under, two shots ahead of his nearest competitor at Abu Dhabi Golf Club, to win the first Rolex Series event of the 2020 European Tour season.

“We’re thrilled for Lee,” said co-founder and CEO, Ross Marshall. “To win European Tour events over four different decades is incredible and his vast experience travelling the globe playing professional golf makes him the perfect ambassador for us here at Your Golf Travel.”

In his role as brand ambassador and ‘Chief Golf Holiday Officer’, Westwood assists YGT in its promotion of trips to golf destinations around the world, along with the company’s first-rate packages to The Masters, The Open Championship and the Ryder Cup. Westwood also works with YGT on exclusive events providing an invaluable insight along the way. He has become the face of the ‘TeamYGT’ initiative, which now boasts a network of nearly 150 PGA professionals across the UK.

YGT first signed the former World No.1 and ten-time Ryder Cup Player as a brand ambassador in 2014, working closely with him to improve the experiences of its golf travellers around the world, tapping in to his vast experience and expertise.

Your Golf Travel has been at the forefront of the world golf travel market for more than a decade now, during which time the company has overseen and coordinated bookings and tee-times to over 3,000 destinations in 22 countries worldwide for a phenomenal 200,000 golfers every year.

Golfers have the chance to meet Westwood as part of YGT’s GO 1 UP campaign. By booking a holiday before January 31st you’ll receive £100 off any upgrade on long haul holidays, Taylormade TP5 balls for group bookings and the chance to meet the Ryder Cup legend himself along with a raft of other exclusive deals. For more information, see: https://www.yourgolftravel.com/promotions/go-1-up