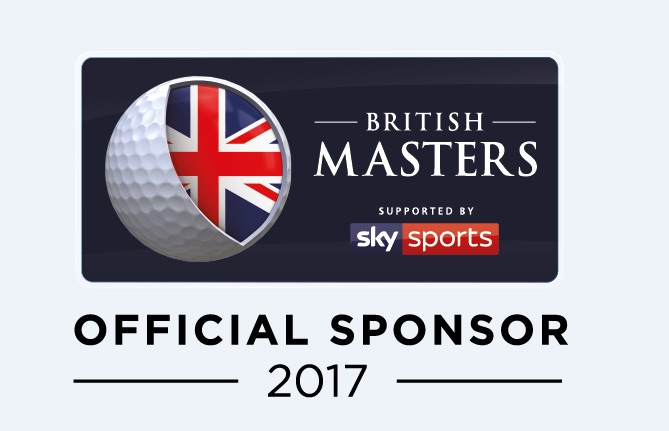 Your Golf Travel (YGT) has been named as an Official Sponsor at this year’s British Masters supported by Sky Sports, which will be hosted by YGT ambassador Lee Westwood at Close House, from 28th September to 1st October 2017.

Your Golf Travel, the largest golf travel company in the world, offers cost-effective, carefully tailored travel solutions for golfers visiting destinations throughout the UK and around the world.

This new partnership with the British Masters supported by Sky Sports will give YGT the perfect opportunity to showcase its ‘Early Eagle’ offers to eager golf fans, with the company giving away incredible free holidays to five of Lee Westwood’s favourite golfing destinations from Wednesday to Sunday of tournament week. Those destinations are: Close House (Weds); Quinto do Lago, Portugal (Thurs); Jumeirah Beach Hotel, Dubai (Fri) with golf at The Els club, The Montgomerie, Arabian Ranches and night golf at The Track Meydan; La Manga Club, Spain (Sat); and La Quinta resort, Palm Springs, USA (Sun). Flights for the holidays for Dubai and USA are kindly provided by British Airways.

For a chance to win one of these amazing holidays, spectators should visit the YGT team in the Colonel Porter presented by Your Golf Travel – a pop-up bar at the 18th tee at Close House. The team will be showcasing some fantastic ‘Early Eagle’ offers, taking live enquiries and encouraging spectators to mark their favourite golf course – or the course they’d most love to play – on a giant world map. Players and celebrities will be getting involved, with tournament host Lee Westwood making an appearance during the week.

“The return of the British Masters two years ago, with Ian Poulter and Luke Donald hosting in 2015 and 2016, has been hugely successful,“ said Ben Davis, Head of Offline Marketing & Commercial Partnerships for Your Golf Travel. “We are delighted to be an Official Sponsor this year, particularly with our ambassador Lee Westwood playing host at Close House. It gives us at YGT a great opportunity to engage with golf fans and offer them the chance to win some fabulous prizes. They’ll be able to get involved in the fun at the pop-up bar, the Colonel Porter, and take advantage of our fantastic ‘Early Eagle’ offers.”

Tournament host Westwood added: “It’s great that Your Golf Travel will be involved as an Official Sponsor of the British Masters this year. Their generous daily prizes to some fabulous golf destinations will provide an added attraction for spectators. As a YGT ambassador, I know what an excellent service they provide and the fantastic contribution they will make at Close House.”

The British Masters dates back to 1946 and has been won by a host of Major champions including Tony Jacklin, Greg Norman, Nick Faldo, Seve Ballesteros and Justin Rose. Joining defending champion Alex Noren in this year’s star-studded field are Masters champion Sergio Garcia, former Major winners Martin Kaymer, Graeme McDowell and Danny Willett and many other top names.

The 2017 British Masters hosted by Lee Westwood takes place at the Close House Resort in Newcastle from September 28th to October 1st. If you haven’t yet got your ticket, check out the packages available through Your Golf Travel: www.yourgolftravel.com/tournament-packages/british-masters.