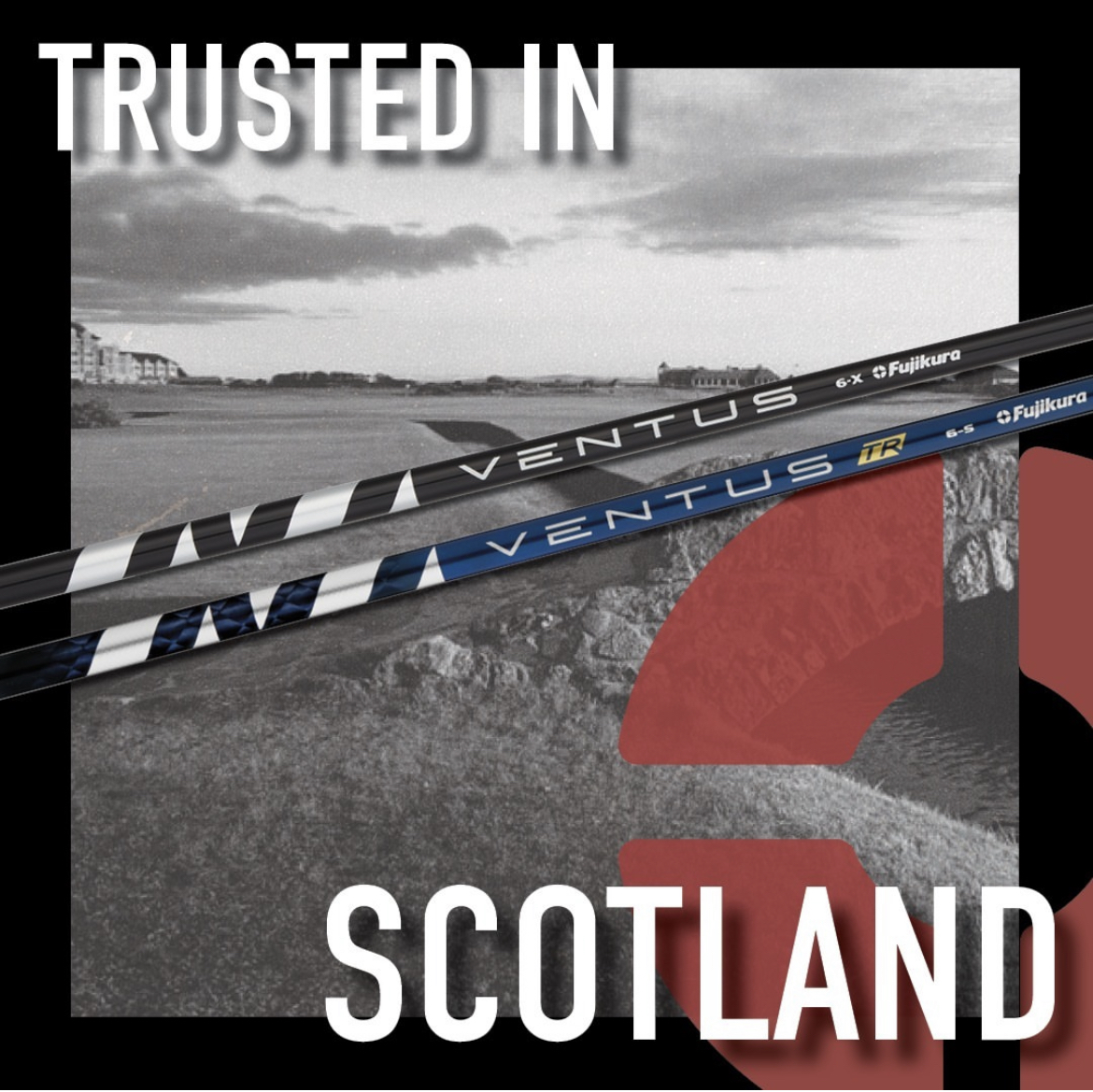 VICTORY IN SCOTLAND FOR VENTUS

MORE SUCCESS FOR FUJIKURA ON THE DP WORLD AND PGA TOUR

Carlsbad, California. (October 4, 2022) Fujikura, the leader in performance golf shafts, was honored to be the number one driver and wood shaft on the PGA Tour last week, along with another successful win for VENTUS on the DP World Tour.

At the Sanderson Farms Championship at the Country Club of Jackson in Mississippi, Fujikura was once again was the #1 driver and wood shaft in the field, with 28.5% of the players using a Fujikura driver shaft along with another 26.7% using a Fujikura wood shaft.

Over on the DP World Tour at the Alfred Dunhill Links Championship, the VENTUS claimed another driver shaft victory with the champion claiming his title using the VENTUS Black 7-TX in his driver shaft throughout the week. This was closely followed by the tied 2nd and 4th place finishers, who were both also using the latest VENTUS and VENTUS TR driver shafts during the tournament in Scotland.