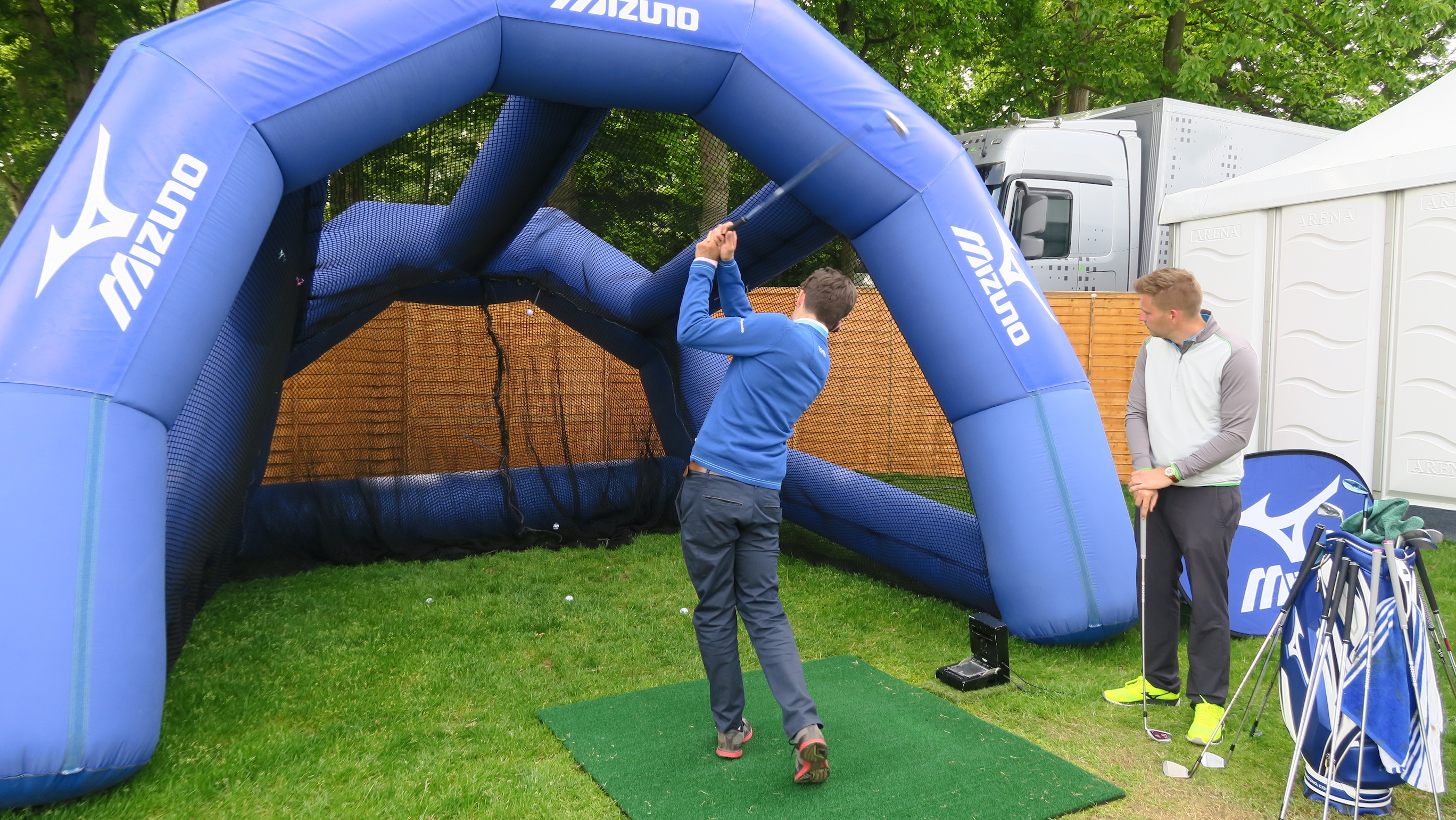 Mizuno, the Japanese manufacturer long renowned for its industry-leading forged irons and wedges, was once again delighted to support The BMW PGA Championship at Wentworth from May 26-29 by offering fans the chance to try out its latest range of premium golf equipment, with three young golfers winning themselves a brand new set of Mizuno irons.

Following the success of the Mizuno hitting nets at last year’s BMW PGA Championship and British Masters, Mizuno was again on-hand to support the BMW PGA Championship at Wentworth by offering thousands of spectators the chance to test out its very latest clubs, including the highly coveted MP-5 and MP-25 irons, in hitting nets at the tented village and find out for themselves why #nothingfeelslikeamizuno.

It was a great week all-round for Mizuno, with staff player, Chris Wood, claiming his biggest tour title to date and climbing to a career-high 22nd in the World Rankings. Wood had finished 4th at Wentworth a year before, aided by a hole-in-one on the 14th on Sunday, which won him a BMW i8.

This year, three club golfers matched Wood’s hole-in-one feat, achieving golf’s ultimate shot to win themselves a set of Mizuno’s latest irons in a ‘Nearest the Pin’ contest in which everyone who got closer than Mizuno ambassador Luke Donald won a sleeve of Mizuno MP-S balls. The prize for the very closest was a full custom-fit session to pinpoint their Mizuno Swing DNA at a Mizuno Performance Fitting Centre after the event. Donald set down the marker at 5ft 11ins, but over the weekend, Biljan Matin made the first hole in one, with Jamie Everett and George Saunders following him in.

Thousands of spectators also got to try out clubs from the latest Mizuno range, including the MP-25 and MP-5 irons Chris Wood used to win tournament, in three hitting nets in the tented village; benefiting from the expertise of the Mizuno Technical reps, who were on-hand to offer advice throughout the week.

The new MP iron models hit the shelves in September last year to wide acclaim, with the MP-25 bringing the proven ball speed advantages of #boronfuelled technology to the MP line-up for the first time via a compact Boron forged head boasting a tour-inspired design, with an injection of Boron for added ball speed and distance.

The groundbreaking MP-5 is then neither blade nor cavity, but rather a revolutionary #channelback design that retains a degree of thickness behind the central impact point for the blade-like feel better players crave on pure strikes, while relocating sufficient clubhead mass to areas where it can tangibly assist mishit performance.

“We were delighted to support the BMW PGA Championship at Wentworth once again,” said Tony Scott, Marketing Operations Manager for Mizuno Golf EMEA, “and obviously thrilled that Chris Wood won the event. But we are equally thrilled to be giving away not one, but three sets of irons in our ‘Nearest the Pin’ contest, and to have had the chance to put the very latest Mizuno clubs in the hands of thousands of golfers.”

Mizuno’s original spirit and desire was to “go create the best products for consumers”. The latest Mizuno products offer the best performance benefits that modern technology can bring, while adhering to the spirit and desire the brand has held so dear for 110 years. #nothingfeelslikeamizuno.