We Know Sport | THE IRONS THAT WON THE U.S. OPEN
52071
post-template-default,single,single-post,postid-52071,single-format-standard,edgt-core-1.1.2,ajax_updown,page_not_loaded,,vigor-ver-1.9, vertical_menu_with_scroll,smooth_scroll,wpb-js-composer js-comp-ver-6.10.0,vc_responsive 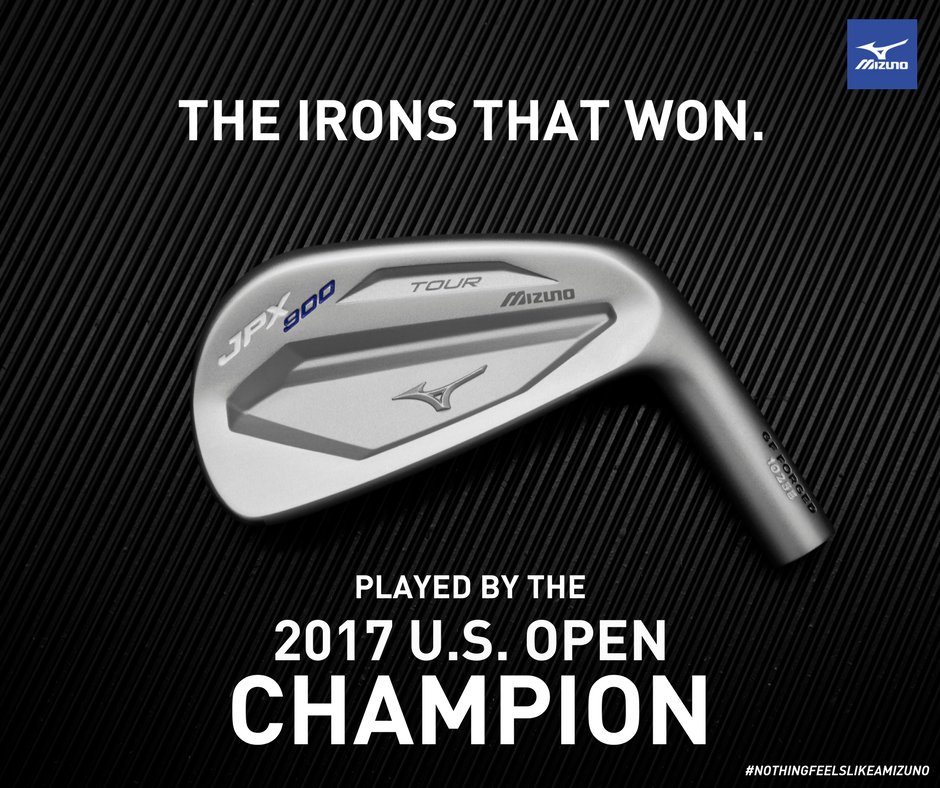 THE IRONS THAT WON THE U.S. OPEN

Mizuno, the Japanese equipment manufacturer long renowned for its expertise in the manufacture of irons, is celebrating after its JPX900 Tour forged irons were used to win the 2017 U.S. Open at Erin Hills, Wisconsin.

Mizuno had already been enjoying an incredible season out on the world’s tours even before the U.S. Open at Erin Hills. Now, the company has even more reason to celebrate, with the 2017 U.S. Open Champion relying on Mizuno JPX900 Tour irons to top the Greens in Regulation stats for the week hitting 62 out of 72 greens for an impressive 86.11% strike rate.

At the start of the week, eight players had Mizuno irons in the bag, with just Chris Wood, Jhonattan Vegas and 2009 U.S. Open Champion, Lucas Glover, contracted to do so. The team at the popular GolfWRX.com website had previously alluded to Mizuno’s growing popularity on tour in 2017 in an article singling out Mizuno as the most played iron brand by players without equipment contracts.

The JPX900 Tour – played by the 2017 U.S. Open Champion – forms part of the 2017 JPX900 Series, which also includes the JPX900 Forged and JPX900 Hot Metal, each with very distinctive performance attributes, made possible by their unique base materials.

The JPX900 Tour irons are Grain Flow Forged from a single billet of 1025E Pure Select mild carbon steel, creating the purest, most solid-feeling iron in Mizuno history – an iron that combines authentic Mizuno feedback with advanced stability and surprising off-centre performance courtesy of more weight being pushed to the extremities of the head’s PowerFrame.

“The JPX900 Tour is a really surprising iron,” says Chris Voshall, Senior Club Engineer at Mizuno. “Feel wise, it’s a genuine throwback Mizuno – incredibly pure at impact. But the straighter lines and reinforced framework are very current, giving the JPX900 Tour a really playable look and the ability to perform on off-centre strikes.”

All club golfers can play the exact same irons as the U.S. Open Champion this season, with all new Mizuno clubs custom-built and dispatched within five days.

Mizuno has strived to “create the best products for consumers” for 111 years now, and the entire JPX900 iron family adheres firmly to that original spirit and desire, while offering the best performance benefits that modern technology can bring. #nothingfeelslikeamizuno