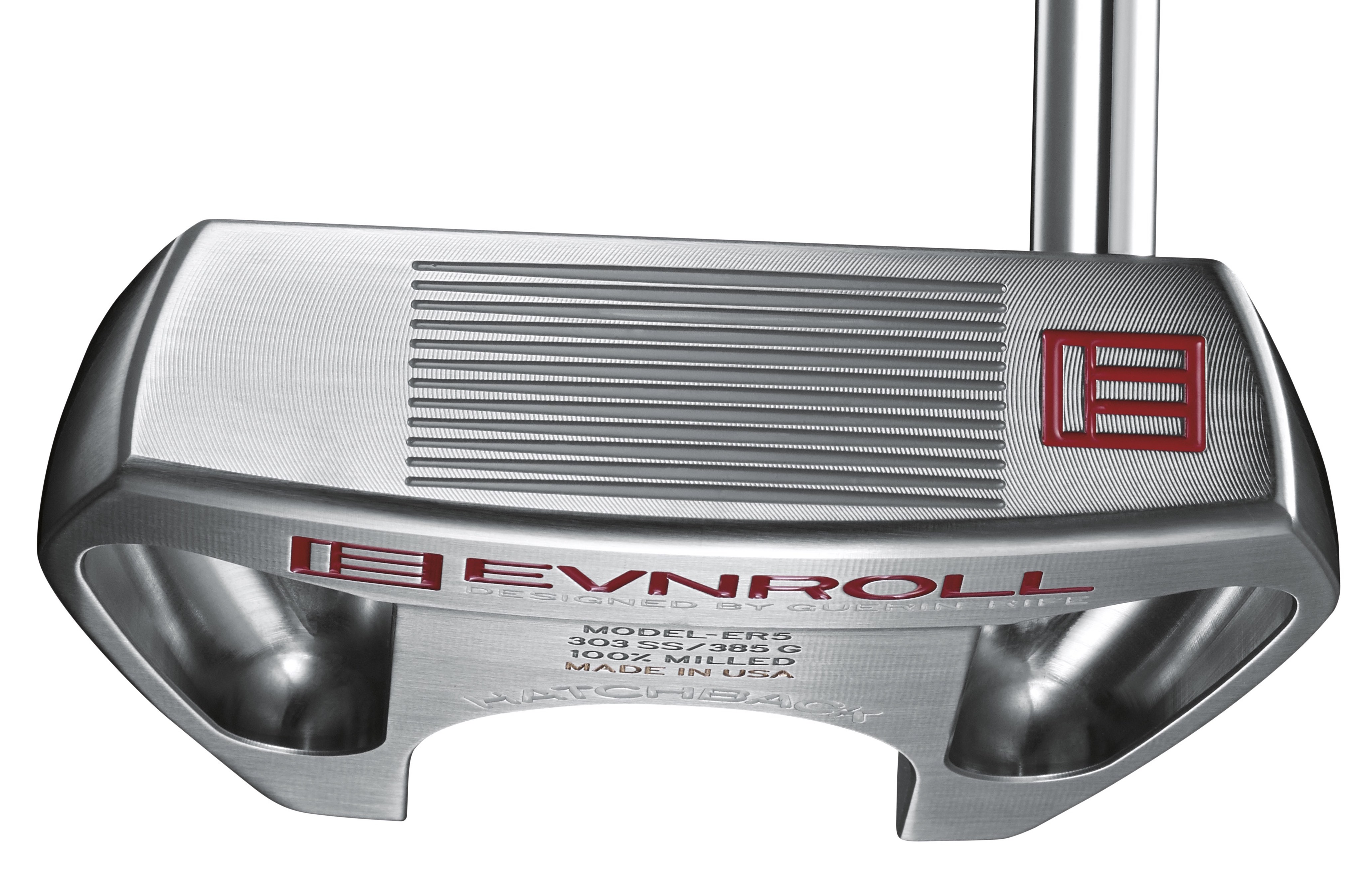 Evnroll Putters, from legendary designer Guerin Rife featuring a unique face mill pattern offering zero dispersion, have been judged ‘Best of the Best’ on a recent putter test by MyGolfSpy.com, an independent testing and review website, considered by many as the Consumer Reports of Golf.

MyGolfSpy lauded Evnroll as “The best-performing putter we’ve ever tested” adding “This new ‘Gearing Technology’ is a game-changer.”

Evnroll putters burst on to the scene at the 2016 PGA Merchandise Show with the promise of a better roll for golfers everywhere thanks to ‘The Sweetest Face in Golf’ – a face featuring an innovative and unique mill pattern engineered to deliver uniform performance across the entire hitting area of the putter face for unprecedented accuracy and zero dispersion. “This is by far the most performance enhancing technology I have ever brought to market,” said Rife, the man who first introduced grooves to putters 20 years ago.

His latest ground-breaking technology, found in all four putter models in the Evnroll line, has been engineered to eliminate miss-hits by expanding the “sweetspot” up to ¾” to either side of the hitting area – a bold claim, but one which has now been independently validated in a test conducted by respected review site, MyGolfSpy.com.

As the only major golf media outlet accepting no advertising revenue from golf’s biggest companies, MyGolfSpy offers what are widely regarded as the ‘Consumer Reports of Golf’. The game-changing ‘Gearing Technology’ they refer to is Evnroll’s revolutionary mill pattern across the face with a progressively increasing contact surface away from the center of percussion that replaces the energy loss on miss-hits, meaning off-center hits roll virtually the same distance as center hits, with the varying contact surface also gently gearing the ball back to the center.

“The precise face milling imparts progressively more energy transfer on off-center hits to roll the ball a consistent distance with every stroke,” explains designer, Rife. “In addition the resulting parabolic shape of the grooves gently redirect or gear miss hits back to the center. So with an Evnroll putter golfers can roll center and off-center putts the same distance to the same spot.”

Rife’s statements about the performance of his new technology have now been independently verified in a truly glowing report published recently on the MyGolfSpy.com website.

“Remember what Netflix did to Blockbuster stores?” the review starts. “Sometimes technology seems to change literally overnight. Rapid change only happens because something was built that made the existing model obsolete. This is what might be happening to the putter as you know it.

“Any golfer without this in their bag after today is playing inferior technology. Evnroll should make all other designs obsolete. If I were to tell you that with Evnroll technology, no matter where on the face you hit the ball, it ends up in the same spot, would you be intrigued? What if we told you that we saw it make balls actually curve back towards the hole when miss-hit? Well, that is exactly what our testers saw over and over again in our lab.

“We believe Evnroll putter technology can do for golfers on the green what titanium did on the tee box. This is a new frontier in putter design, and potentially the most significant putter technology since the Anser, and TR Grooves. That is elite company to say the least. Evnroll technology is the culmination of Guerin Rife’s long career, and the results suggest it’s nothing short of a masterpiece. This, so far in golf, is the perfect putter from grip to groove.”