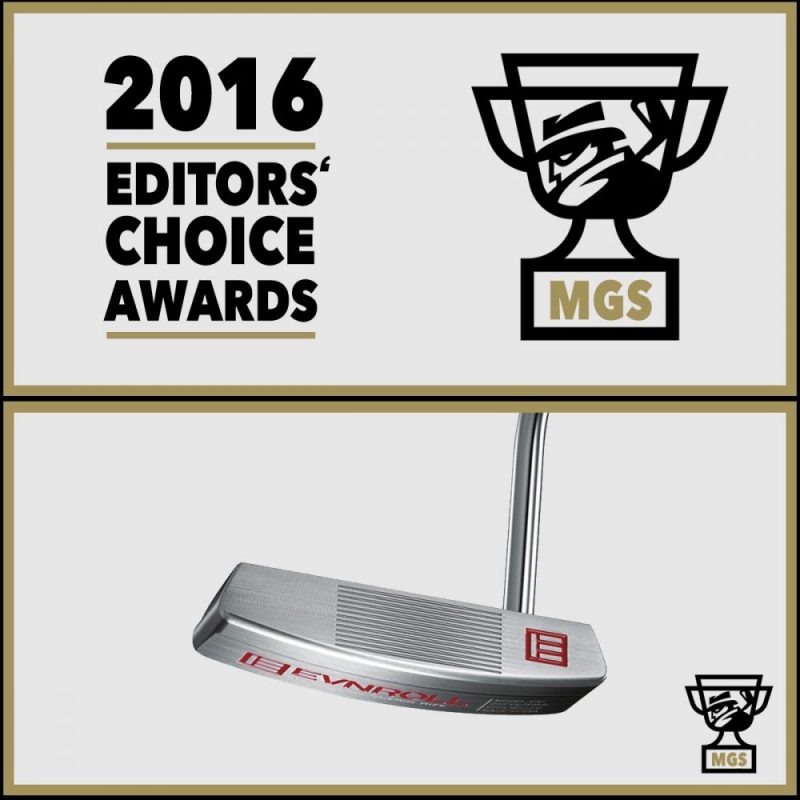 As fabled putter designer, Guerin Rife, prepares to unveil three all-new Evnroll models – featuring his revolutionary ‘Sweetest Face in Golf Technology’ – at the 2017 PGA Merchandise Show in Florida, the brand’s amazing debut year in 2016 has been capped off with two significant honours in the end-of-year awards of independent testing and review website, MyGolfSpy.com, and digital magazine, GolfPunk.

Earlier in 2016, MyGolfSpy.com, considered by many to be the Consumer Reports of Golf, had adjudged Evnroll putters ‘Best of the Best’: “The best-performing putter we’ve ever tested. Not only did Evnroll technology outperform the best putter we have ever tested at MyGolfSpy, the data shows that Evnroll technology outperformed it across each of the 4 models we tested.”

The face on all Evnroll putters features an innovative and unique mill pattern engineered to deliver uniform performance across the entire hitting area of the putter face for unprecedented accuracy and zero dispersion. MyGolfSpy lauded this new ‘Gearing Technology’ as a “game-changer”, going on to bestow Editors’ Choice honours on Evnroll putters in their end-of-year awards: “The Evnroll series blew our minds when it outperformed the winners of this year’s Most Wanted putter tests. With new models on the way, we’re anxious to see what 2017 has to offer.”

GolfPunk, the alternative voice of golf, which was successfully relaunched as a digital-only magazine in 2012, was equally effusive in awarding Evnroll ‘Putter of the Year’ honours in its 2016 ‘Staunchie Awards’ announced on Christmas Eve: “Guerin Rife came back into the game in a big way in 2016. His Evnroll putter range not only looks the business but they really work. Essentially, wherever you hit the putt from the putter face it will try and track towards the hole. It sounds mental, but we’ve used these putters and they blew us away.”

With such glowing endorsements ringing in their ears, Evnroll is heading confidently into 2017 with three new models joining the line-up – the ER3 Wing Blade, ER7 Full Mallet and ER8 Tour Mallet – along with a classic new black version of the popular ER6 iRoll full mallet, which now also boasts three striking white sightlines on top of the head.

All three new models will be officially unveiled at the 2017 PGA Merchandise Show, Orange County Convention Center, from January 25-27, 2017 at booth #2655.