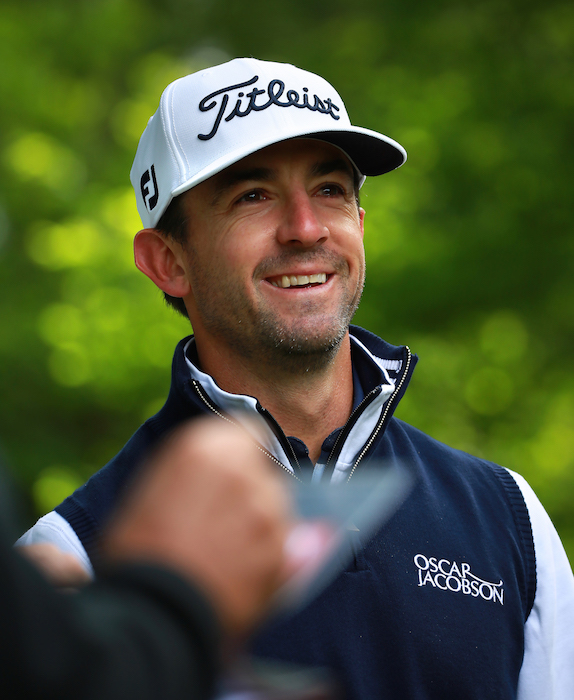 Oscar Jacobson, the Swedish brand that produces men’s clothing and golf fashion with personality, is celebrating after brand ambassador Wade Ormsby claimed his first European Tour win in the UBS Hong Kong Open, the opening event of the 2018 Race to Dubai schedule.

The Australian, who has been playing on the European Tour since 2004, is not averse to playing golf in the breeze, and with the wind blowing strongly at times in the UBS Hong Kong Open – the first event of the European Tour’s 2018 schedule – the 37-year-old found himself in a good position to claim a maiden tour title heading in to Sunday’s final round.

This time, the dream was to finally come true for Oscar Jacobson ambassador, Ormsby, who held his nerve while others faltered to shoot a closing 68, which proved good enough to claim the title by a stroke from a quartet of rivals.

Ormsby, who first came through Q School at the end of 2003, had a previous best finish of 2nd in the 2006 New Zealand Open. This maiden European Tour victory not only put Ormsby on top of the 2018 Race to Dubai rankings, but also saw him climb 188 spots to a career-high 118th on the Official World Golf Ranking.

“It means a lot to me,” said an emotional Ormsby, afterwards. “I’ve played a lot of golf in Europe, everywhere, and had a few bumps along the way, but it’s pretty cool to get a win this late in your career. I said at the start of last year, I want to play a Major and win a tournament before my career is done so I’ve done both those things this year. I’m really happy about that.”

Thanks to its 114-year heritage in tailoring, and 40+ year history of kitting out players on the European Tour, Oscar Jacobson is better placed than any apparel brand to help golfers of all abilities perform to the max whatever the weather.

Many of the latest garments from Oscar Jacobson Autumn/Winter collection can be cleverly combined to deliver the brand’s renowned three-layer WPS Weather Protection System, engineered to provide comfort and protection out on the course whether the weather is warm, cold or wet.

Oscar Jacobson’s Autumn/Winter 2017 collection will perfectly prepare any golfer to meet the demands of off-season golf with an ideal blend of performance, function and style.