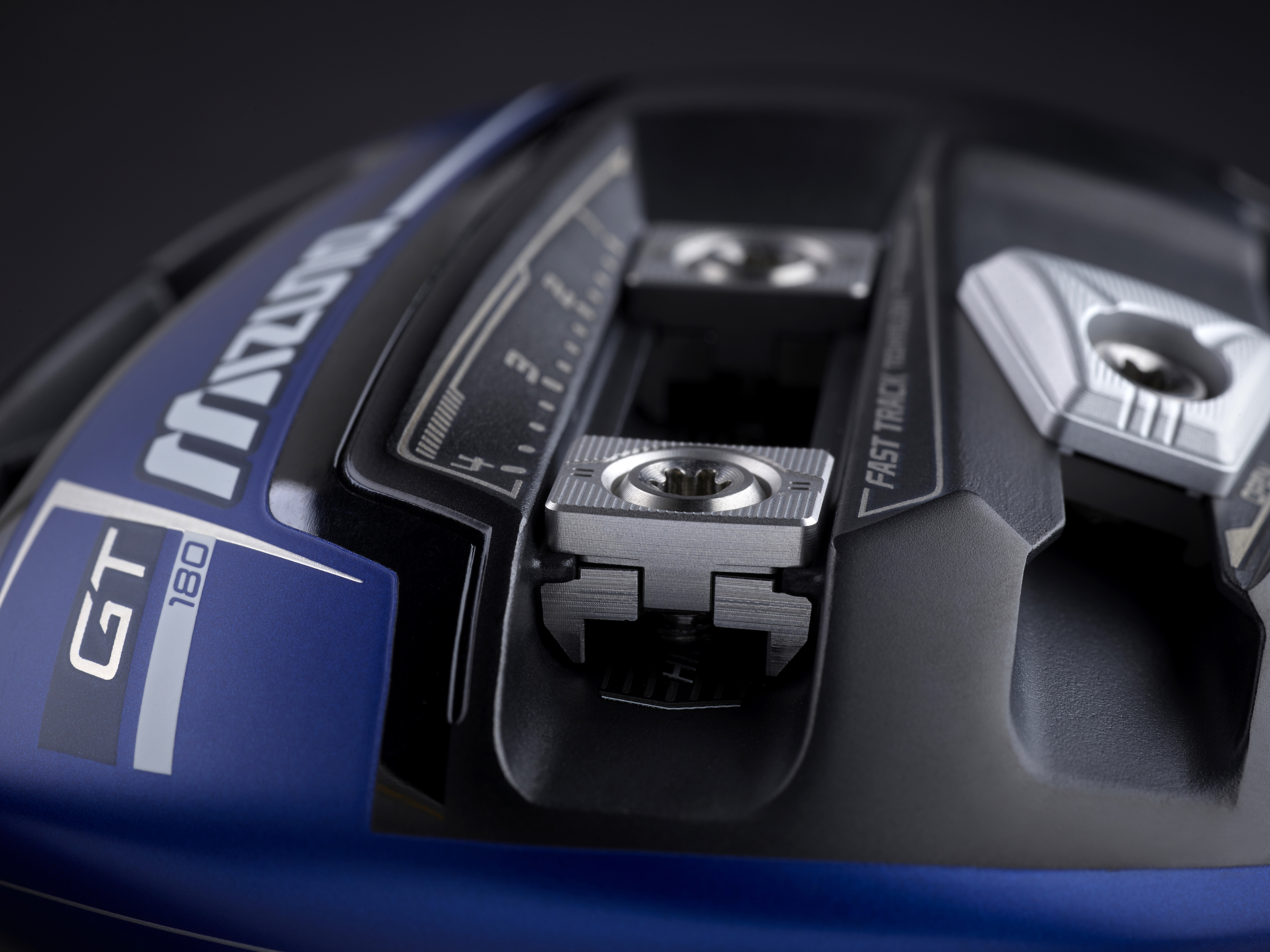 Mizuno, the Japanese golf equipment manufacturer, founded in Osaka 1906, has announced the launch of a precision-adjustable GT180 metal wood series to partner its ‘flat out’ low-spinning ST180. Both will be available from February 2018.

The Japanese equipment manufacturer made headlines throughout 2017, with a wave of high-profile tour players returning to, and winning with, its forged irons. The clubmaker is now predicting that this trend will follow in metal woods too, a category in which it has a track record of introducing many of the industry’s most influential innovations. Mass production of Titanium (Ti100), the impact of low spin (T-ZOID), lightweight graphite crowns (MP-001) and sliding weight adjustability (MP-600) have all been embraced by other manufacturers.

The new ST180 Series announced in late 2017 is on point for today’s generation of high ball speed players now prevalent on tour. Approaching the science of driving head-on, the ST180 has a simple weight forward, low-spin profile, engineered to reduce spin rates. The new GT180 is a more sophisticated design with an expanded capacity to manipulate weight throughout the head – ideal for fitting studios and players looking to squeeze the last few yards from their swing’s motion.

The GT180 and ST180 both take advantage of a high ball speed, exotic Forged SP700 Ti face and improved shaft offerings – including the Mitsubishi Tensei CK, KURO KAGE Silver Dual-Core TiNi and BASSARA E-SERIES 42 (full list available at golf.mizunoeurope.com). Every shaft in the line is an authentic version available on the custom component market. No shaft within the offering is an exclusive ‘made for’ stripped-down version of the original.

Mizuno engineers are also keen to point out that the brand’s approach to ‘bulge and roll’ is also current, if rarely discussed. R&D Director David Llewellyn puts it simply: “We’ve been compensating for golfers’ regular mishit patterns for years by giving the toe and heel sides of the face a bit more bulge than the centre of the face. This counteracts the greater amount of gear effect that occurs further from the face’s centre, thus giving the ball the appropriate amount of side spin to curve back to the centre. It’s a big topic of conversation now – but not something we’ve advertised. Just one of those design increments that happens over time.”

On the subject of how golfers should choose between GT180 and ST180, Llewellyn points to personality over ability. “Most players like to keep things as uncomplicated as possible – to stand there and give the ball a rip. The ST180 is for them. Then you have players who enjoy the process of dialing in a driver and getting it optimised to the yard – that’s the GT180. Everything else is very similar – playability, ball speed. Chose a model based on your attitude to the game – it’s not about ability.”

Mizuno’s new GT180 is the ultimate fine tunable driver blessed with the dual ability to help golfers squeeze every last yard out of their drives and evolve with them as their swings evolve. The extreme levels of adjustability on offer mean that the GT180 can help all golfers optimise performance from their existing swings, and then keep pace with swing changes and course conditions as the season unfolds.

The GT180’s high-speed performance platform is built around a Forged SP700 Ti Face, a precise multi-thickness face that promotes accelerated ball speeds. It is this speed, coupled with ultimate adjustability, that allows every golfer to get the very most out of his or her game.

The GT180’s ultimate adjustability paves the way to an expanded range of draw, neutral and fade settings in low, mid and high spin flights. The twin movable 7g weights have a wider span of locations for greater impact on spin rates and fade / draw bias, while the Quick Switch Adjustable Hosel allows 4˚ of loft adjustment and 3˚ of lie adjustment to match every golfer’s unique launch conditions and visual preferences. A Quick Switch adapter offers eight different locations to allow precise customisation of loft and lie and to fine tune ball flight like never before. The finishing touch is an expanded line of high-end shafts that can be fitted at no extra cost.

“With its wider range of settings, the GT180 can hold the key to squeeze out those last few seemingly unobtainable yards,” says Bill Price, Custom Fitting Manager at Mizuno. “Being able to fine tune your launch angle and spin rate is the final element in the equation to find your most efficient flight.”

Just as with the driver, the GT180 fairway woods promise a new law of gravity on account of the ultimate customisation they offer, providing the scope to vastly reduce or increase spin rates as the situation demands. Evolution of both the Mizuno Wave sole and sliding weight technologies reduces the lower end of spin rates for a more efficient trajectory at higher ball speeds.

Adjustability comes via 17 grams of sliding weight that create a wider potential span of spin rates to fine tune ball flight, with the Quick Switch Adjustable Hosel allowing 4˚ of loft adjustment and 3˚ of lie adjustment to match every golfer’s unique launch conditions and visual preferences. An expanded line of high-end shafts can again be fitted at no extra cost, and the GT180 fairway wood is also available in a TS (tour style) model with a more compact, lower-lofted head.

“We’ve managed to significantly reduce the lower end range of spin rates but keep the overall range of adjustability,” says Price. “Players at the faster end of swing speeds are going to see a much flatter trajectory – but have the possibility of increasing their spin should the conditions dictate.”

The ST180 is the first Mizuno driver to feature Wave sole technology, with the ST180’s Wave sole committing every available gram of weight low and towards the face – dropping spin rates for even the fastest, downward ball-strikers. The Amplified Wave sole, originally engineered in Mizuno’s fairway woods, contracts and expands to increase the energy imparted to the ball for elevated ball speeds, while also pushing weight forward to vastly reduce spin rates.

“This was the biggest shock we’ve had in testing,” says Jeff Cook, PGA Tour Manager. “The spin rate and ball speed of this driver caught everybody out. The ST180 comes off so fast, with so little spin – it’s going to make a lot of good players question what they really need in a driver.”

Mizuno has strived to “create the best products for consumers” for 111 years, and the new ultra-adjustable GT180 drivers and fairway woods, along with the ST180 high-speed, low-spin metal woods, adhere firmly to that original spirit and desire, while offering the best performance benefits that modern technology can bring. #nothingfeelslikeamizuno