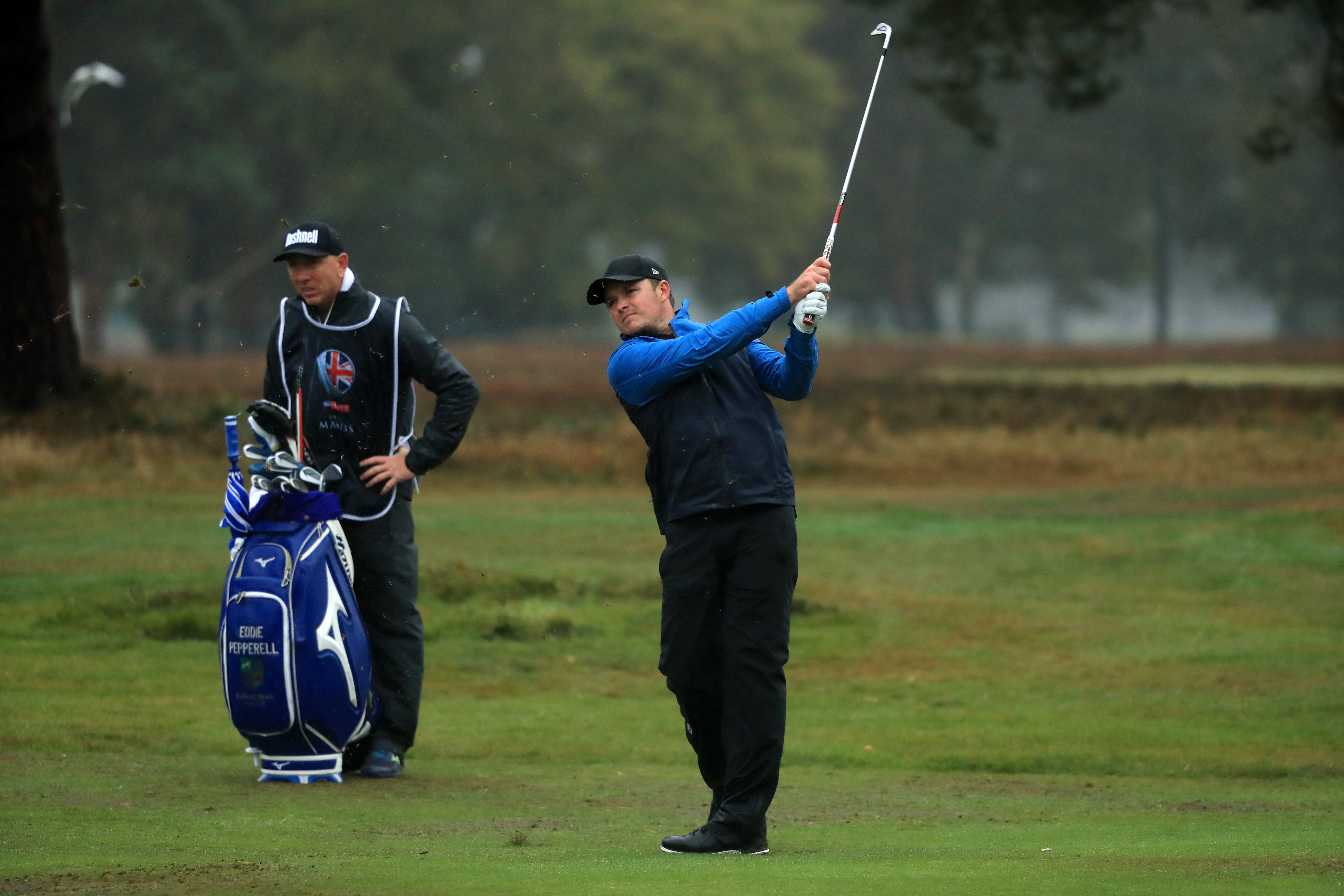 Since signing for Team Mizuno, 27-year-old Eddie Pepperell’s career has gone from strength to strength, with February’s maiden European Tour win in Qatar followed by a wire-to-wire to victory in October at Walton Heath in the Sky Sports British Masters.

However, when a tour player is on a good run of form – it can take a strange twist of events to encourage any equipment changes.  So, with Eddie Pepperell having the season of his career (his first with Team Mizuno), and recently switched to a new set of JPX919 Tour irons, Mizuno’s Tour Technician, Matt McIsaac, knew it wasn’t the right time to talk shafts.

“Eddie is very much a feel player – so if he likes what he’s playing and in good form, it’s poor timing to discuss a change of shaft.  Any small change can take getting used to – even if the trackman says it’s an improvement.  Eddie put the 919 Tour heads straight into play because he preferred the thinner topline – we decided that should be the last change until the off season.”

“But Eddie needed a 6-iron shaft in Scotland after the Mizuno workshop had left – and had to raid a local shop ‘Auchterlonies’ for an emergency replacement.  All that was available at short notice was the KBS C Taper which he used in his 6-iron – and hit all his best shots with.”

On Monday of the British Masters, Mizuno had a filming session booked with Pepperell to demonstrate its Shaft Optimizer – a fitting tool used through its retail fitting network.  With no script to follow, McIsaac took Pepperell through Mizuno’s three swing diagnostic process and by some coincidence – it recommended the KBS C Taper.  The same shaft Pepperell had picked up at Auchterlonies in St Andrews.  One new set of JPX919 Tour irons, with KBS C Taper shafts later and Pepperell was a wire-to-wire winner of the British Masters.

Pepperell recorded four eagles during the week, including an extraordinary hole in one on the 9th on Thursday. He also made a crucial eagle two on the 10th hole in the final round when he holed out with his Mizuno JPX919 Tour 9-iron to extend his lead heading into the back nine.

His second European Tour Victory of the year saw Pepperell climb to 7th on the Race to Dubai and a career high 33rd in the Official World Golf Rankings. It also made it two victorious weeks in a row for the JPX919 family, with the winner of the Safeway Open playing a mix of JPX919 Forged and Tour irons en route to his maiden PGA Tour win the week before.

Morale of the story according to Mizuno’s McIsaac is not the KBS C Taper itself (Pepperell had previously been using the KBS S Taper).  “There’s a ‘best fit’ shaft for everyone – for Eddie it was the KBS C Taper – for someone else it will be the S Taper.  Wait for the moment when you’re open to improvement, throw away your preconceptions and try the Optimizer.  It doesn’t know if you’re male, female a tour winner or a 24 hcp – just measures your move and finds the best shaft for it.”

With numerous other professionals, both contracted and non-contracted, playing Mizuno irons, the brand’s reputation across the world’s major professional tours continues to go from strength to strength. Grain Flow Forging its iron heads at its exclusive Hiroshima plant for 50 years, Mizuno has become recognised the world over as the clear leader in forged golf clubs. The new JPX919 family has joined the acclaimed MP-18 iron models for 2018, enhancing the brand’s reputation for the very finest forged irons yet further. #nothingfeelslikeamizuno

For further information on the JPX919 and MP-18 families plus Mizuno’s Swing DNA and Shaft Optimizer to find the best matched iron shaft for your game, visit: golf.mizunoeurope.com.