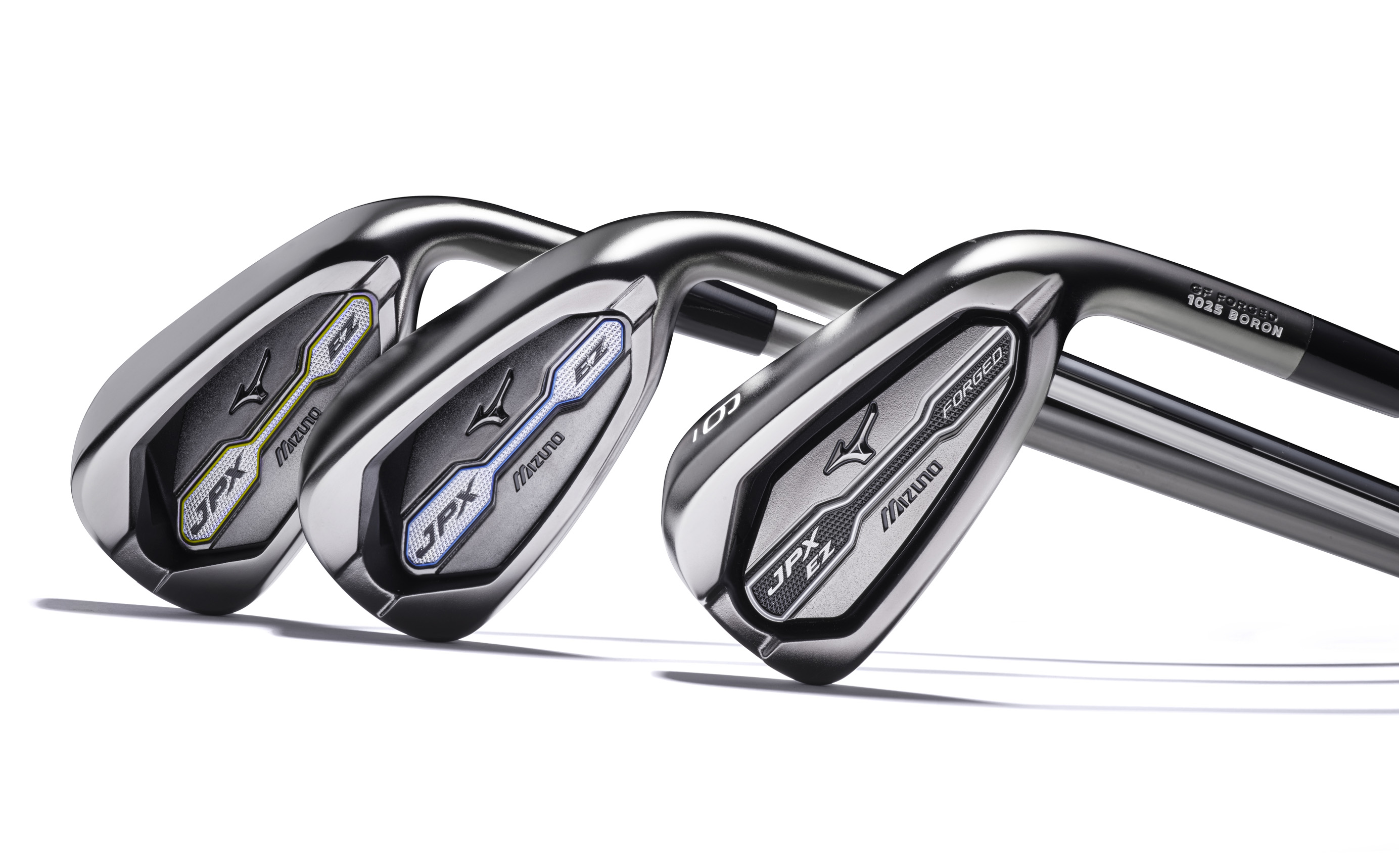 The new JPX EZ Forged iron merges the world of the ‘distance iron’, with that of the softer, more controllable forged iron, eliminating the difficult choice between distance and feel that amateur players have typically faced. The beautifully finished heads are infused with Boron to facilitate a wider CNC pocket cavity from 4- to 7-iron, creating a larger rebound area for increased ball speed and stability on mishits.

Extreme perimeter weighting and a softly beveled leading edge then confound the myth that forgings can’t be forgiving, by providing more forgiveness than you could ever dream of from a forged iron. From 8-PW, the heads taken on a more compact, solid one-piece design than their predecessors for enhanced ball control with the scoring clubs. The new JPX EZ Forged irons boast a beautiful anti-glare Black Nickel finish that will wear and soften over time.

“The greatest achievement of the EZ Forged from an engineering standpoint wasn’t the ball speed or forgiveness, but the feel,” says David Llewellyn, Head of Design for Mizuno. “It’s so hard to maintain that moment at impact when we’re pushing so many design parameters to the maximum.”

The second Mizuno JPX EZ (brother to the JPX EZ Forged) is more of a distance iron, with feel then built back in. With unprecedented ball speeds off the face that convert into added yards, the JPX EZ still offers exceptional feel for a non-forged iron in this class. Designed for “point and shoot” playability thanks to 360˚ Dual Pockets and multi-thickness faces that make even the long and mid-irons exceptionally forgiving and easy to launch, the head design of the JPX EZ paves the way to levels of feel normally only found in forged irons.

Mizuno’s engineers have maxed out every design element to help boost ball speeds, without cranking lofts, to deliver an iron that offers total playability to a range of golfers across the handicap spectrum. The JPX EZ irons boast the same anti-glare Black Nickel finish as the Forged model, plus more compact heads and uniform face thicknesses from 8-PW to enhance touch and control.

“Ball speed-wise and stability-wise, JPX EZ is a total game-changer, especially if you want your 7-iron to fly like a 7-iron,” says Llewellyn. “JPX EZ isn’t for someone who wants to shape their shots, but it has a really surprising sensation that makes you feel like as if you’re playing a much more versatile iron.” Mizuno has strived to “create the best products for consumers” for 110 years, and the new JPX EZ irons adhere firmly to that original spirit and desire, while offering the best performance benefits that modern technology can bring. #NothingFeelsLikeAMizuno.

Both new Mizuno iron models will be available at retail from 1st February 2016. For further information on the new JPX EZ Series irons, and Mizuno’s full range of golf equipment, apparel and accessories visit: golf.mizunoeurope.com.