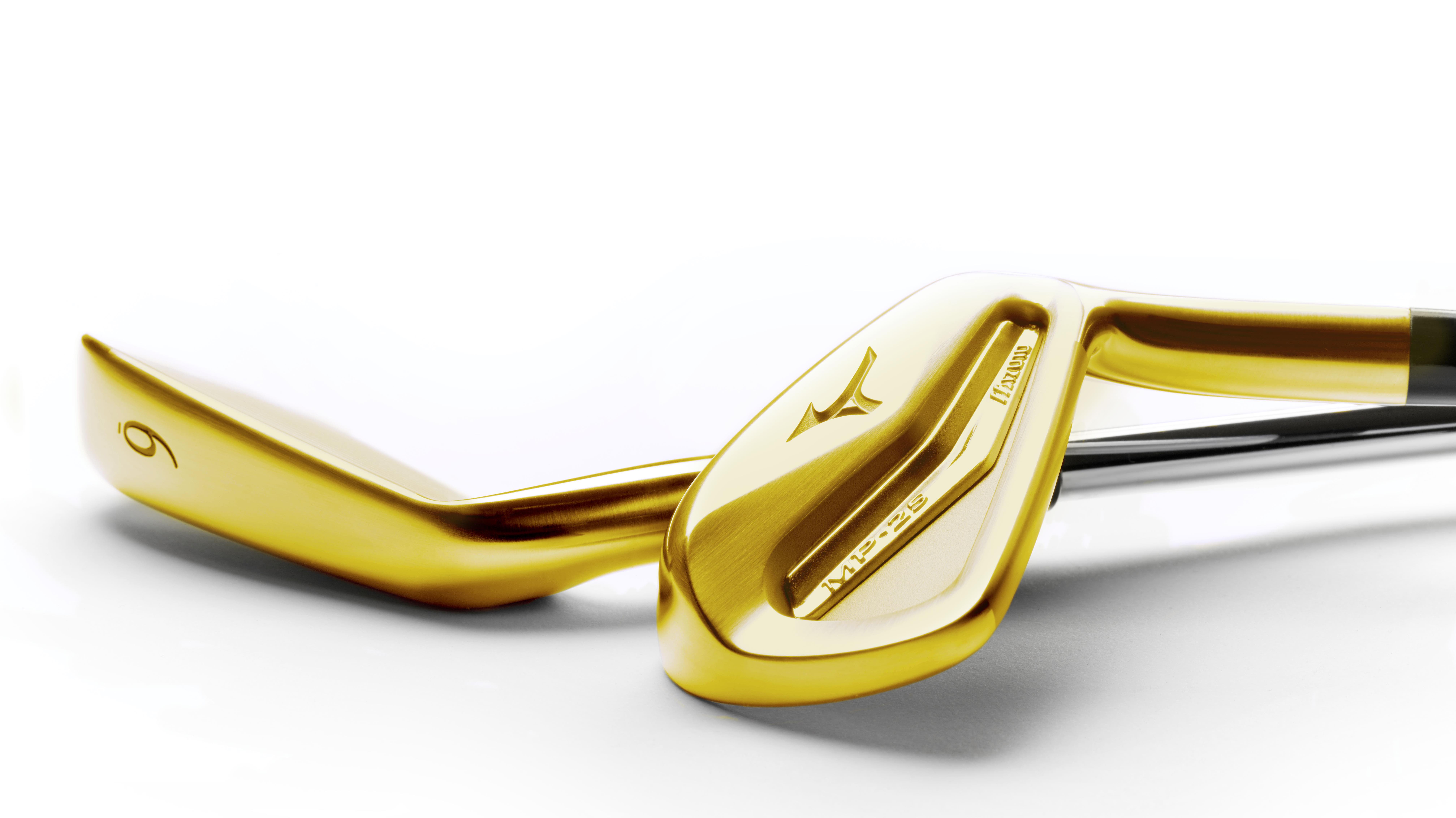 The new Boron fuelled MP-25 and JPX EZ took gold alongside the established JPX850.  While the JPX850 Forged took back-to-back gold medals with it’s second successive gold in as many years. Across all categories Mizuno took six gold medals – with the S5 wedges and JPX EZ hybrid (both played by Luke Donald), joining the elite ranks.

“It’s to the credit of the awards and testers that a more niche club maker like Mizuno holds its own in these awards.  Especially when you realise that blades aren’t eligible for consideration – which is the category for which Mizuno is most recognised,” said Alex Thorne, Tour Operations Manager for Mizuno Europe.

“Back in the 90’s it looked like the aesthetics of club design were being lost as irons pushed bigger and chunkier.  As manufacturing techniques have evolved, we can now give golfers the best of both worlds.  Beautiful, more precise irons packed with technology to make  he game a little easier.  It’s changed the landscape and put manufacturers with a heritage in classic design back to the forefront.  It’s not enough to just have technology anymore – golfers want great feel and precise looks too.  That puts Mizuno back at the very front edge of the latest generation of equipment” added Thorne.

The Grain Flow Forged iron that brings balls speed to the table with the infusion of Boron into its 1025 mild carbon steel.

The distance iron with real feel.  Mizuno used its Harmonic Impact Technology to tune impact sound closer to its blade like irons.

Founded in Osaka, Japan, in 1906, Mizuno has long held an enviable industry- and tour-wide reputation for crafting the finest forged irons through its exclusive facility in Hiroshima Japan, offering the ultimate blend of looks, feel and workability.