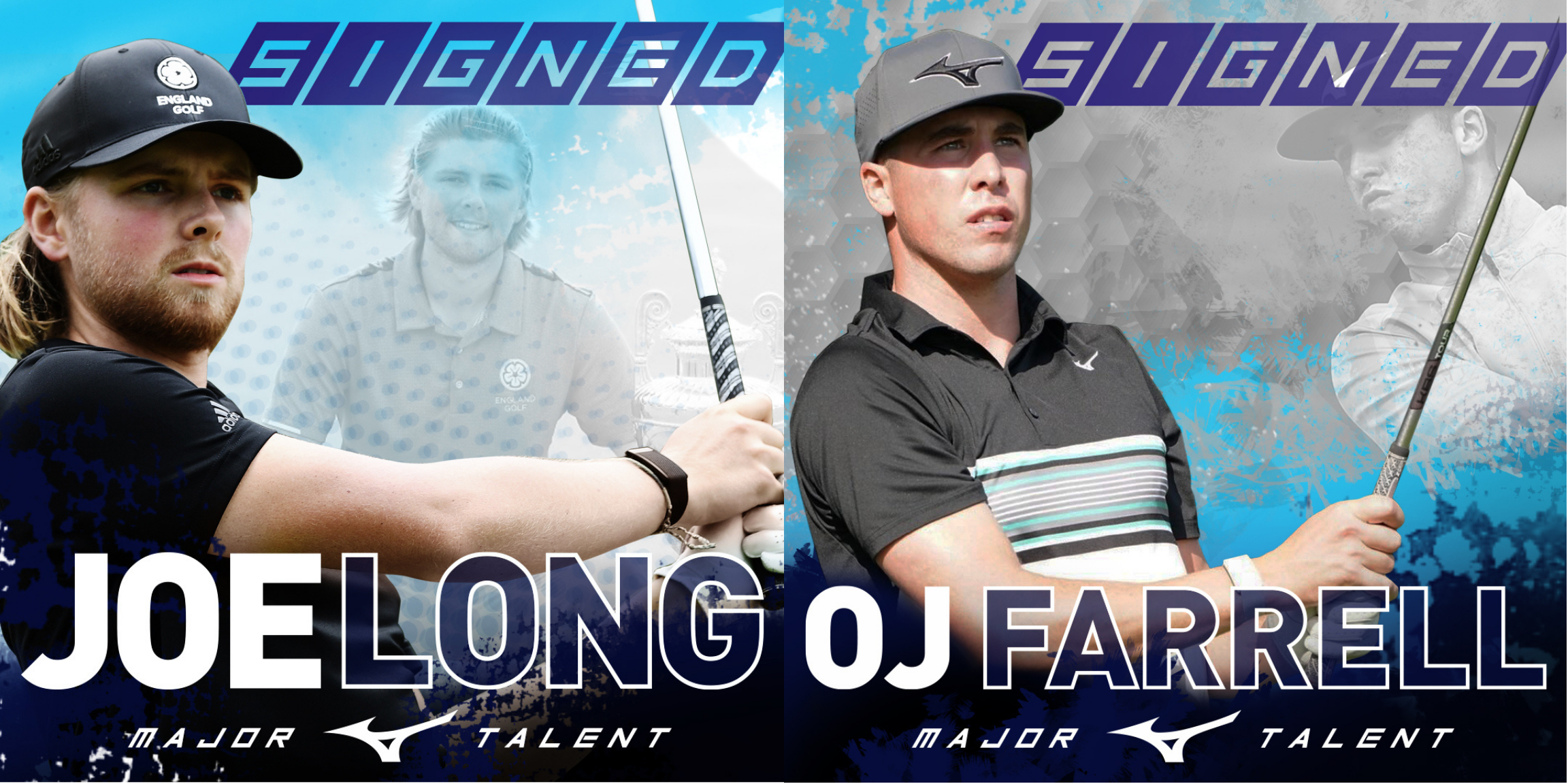 Mizuno, the Japanese equipment manufacturer long renowned for its beautiful, industry-leading forged irons and technically advanced golf equipment, has announced the signings of two talented young players – as part of a quest to develop its next ‘homegrown’ Major winner.

Mizuno has a strong track record of elite golfers playing its equipment – either as they play their way through the ranks or as elite-level free agents. As of February 2022, 13 of the 24 players ever to be ranked world #1 had played Mizuno equipment during their careers. With increasing sponsorship money now entering the game, Mizuno believes the time is right to focus its efforts on developing emerging talent – rather than chasing players at the peak of their powers.

“There’s an enviable catalogue of Major winners and world #1 ranked players to have played Mizuno equipment,” said Alex Thorne, Tour Operations Manager / Mizuno Europe. “The best way for Mizuno to maintain that track record is to work with young players already using our equipment – like Joe and OJ. We’re committed to both players based on their talent and potential to go all the way. As with all young players, we know there will likely be some ups and downs, so we’re committing to multi-year deals. There’s rarely a smooth line from turning pro to winning majors – patience will be our greatest tool. But we’ll be with both Joe and OJ as they develop, and it will be more rewarding for it.”

Joe Long was the 2020 British Amateur Champion at Royal Birkdale – also representing Europe and winning his singles match at the 2021 Walker Cup. Long qualified for The Masters, The Open Championship and US Open in 2021 – gaining valuable experience.

“Joe played Mizuno irons in his British Amateur win – and we’ve been in contact since. He impressed us so much in our fitting sessions – Joe’s ball-striking was already at an elite level the first time we got together. We think Joe’s got a big future in the game, so once he turned pro, there was no one else we wanted more in our ranks. The Mizuno driver went into play earlier this year, paving the way for us to sign terms,” said Matt McIsaac, Mizuno Tour Representative.

The big-hitting OJ Farrell has been a professional a little longer – with two wins on the Clutch Pro Tour to his name and a successful introduction to the Challenge Tour in 2021. Farrell previously had a stand out amateur pedigree, having starred for Marquette University in the US. In 2018-2019 Farrell was named BIG EAST Player of the Year. The first player in Marquette program history to earn four all-conference end-of-season honours after being named a First Team All-BIG EAST selection for the third straight year and the fourth to earn BIG EAST Player of the Year honours. Farrell led the BIG EAST in individual scoring average, posting MU’s best individual finish in five tournaments.

“Without the last couple of years being interrupted with COVID, OJ would likely have a much higher profile already, “commented Thorne. “OJ’s university record shows that he has all the tools – very long off the tee, adapts well to conditions in both the US and Europe. Plus, he knows how to win. Our job now is to help OJ fast track to the next level – we suspect his progress through the Challenge Tour and European Tour could be rapid. Ultimately OJ sees himself back in the US on the PGA Tour, and it’s our job to help him get there.”

Long and Farrell join former world #1’s Luke Donald and Stacy Lewis on Team Mizuno along with PGA Tour stars Keith Mitchell and Greyson Sigg plus other emerging younger talents – Olivia Cowan and Stephen Fisk. Mizuno is also recently connected to the AJGA to widen its base in elite US Amateur golf while maintaining its support of the Clutch Pro, a developmental Tour in Europe. All with the same aim of developing Mizuno’s next Major Talent.