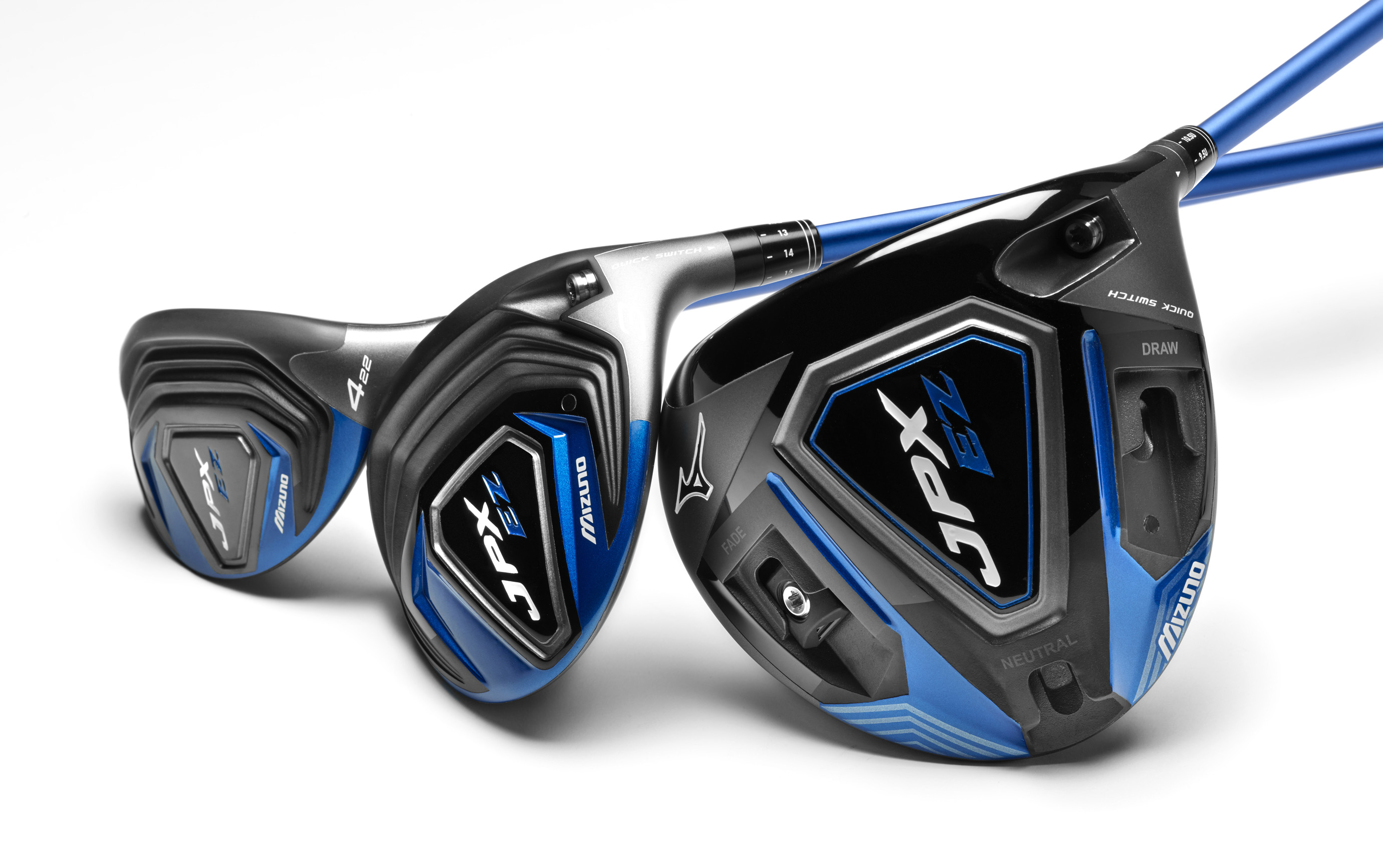 Mizuno, the Japanese golf equipment manufacturer founded in Osaka in 1906, has been at the forefront of golf equipment design for 110 years and is proud to announce the launch of its next generation JPX EZ metal woods family.

Together with its long-held, enviable industry- and tour-wide reputation for crafting the very finest forged ‘players’ irons’ on the market, Mizuno has quietly posted many landmarks in the evolution of modern drivers and fairway woods too over the years. The Ti100 was the first mass-production titanium driver; T-ZOID was the first design to really focus on optimum launch conditions and spin rates, MP-001 broke new industry ground with its graphite crown design and the MP-600 broke new ground with the Fast Track sliding weight system. Now the JPX EZ Series, the latest Mizuno metal woods in the illustrious line, boast a host of ingenious design features engineered to break new ground via a combination of adjustability and off-centre forgiveness.

The simplified adjustability and clever design of the new JPX EZ driver (debuted by Luke Donald in May 2015 at the BMW PGA Championship, Wentworth) allow club golfers to enjoy the combined performance attributes of adjustability and off-centre forgiveness.

While previous movable weight drivers have proved less playable due to the extra weight needed for the tracks and weight ports, the JPX EZ addresses the issue with a simple three-weight system that delivers forgiveness to match non-adjustable models. Slotting a 10g weight in one of the three ports lets golfers instantly change between a draw, neutral or fade bias, with the head’s large ‘footprint’ promoting a high-launching, low-spinning flight.

“With the JPX EZ, we now have a second adjustable driver option for players with either a little less ball speed or those who want a bit more stability from off-centre strikes,” says Mizuno club engineer, Chris Voshall. “It’s not a case of ability either. Luke Donald felt more secure with the extra forgiveness, and he’s a better driver than most of us!”

“It’s very stable. I’m really comfortable with it on the course. It worked for me from the first time I hit it without any messing around,” added PGA and European Tour professional Luke Donald.

“We recognised that modern fairway woods and hybrids (especially those with adjustability), have started to favour the stronger ball-striker. But most of us don’t generate the clubhead speed needed to flight the ball properly,” says Voshall. “So we’ve gone back to the drawing board and created a larger, flatter head with a tendency to generate more backspin. It’s not just ability dependent – there will be tour players and professionals who prefer the softer landing trajectory.”

The next generation Shockwave Sole creates a lower centre of gravity, and allows the clubhead to contract and expand more at impact, maintaining ball speeds off the turf, increasing stability and promoting a higher ball flight. The Waffle Crown helps further by allowing even more weight low in the clubhead. The JPX EZ fairway woods benefit from a Quick Switch adjustable hosel to optimise lofts and launch characteristics in 15˚, 18˚ and 21˚ lofts (a fixed hosel version is also available), while the JPX EZ hybrids are available in a fixed hosel model only in lofts of 16˚, 19˚, 22˚ and 25˚.

Mizuno has strived to “create the best products for consumers” for 110 years, and the new JPX EZ drivers, fairway woods and hybrids adhere firmly to that original spirit and desire, while offering the best performance benefits that modern technology can bring. #NothingFeelsLikeAMizuno

All new JPX EZ woods will be available at retail from 1st February 2016. For further information or to find out more about Mizuno’s full range of golf equipment, apparel and accessories visit: golf.mizunoeurope.com.