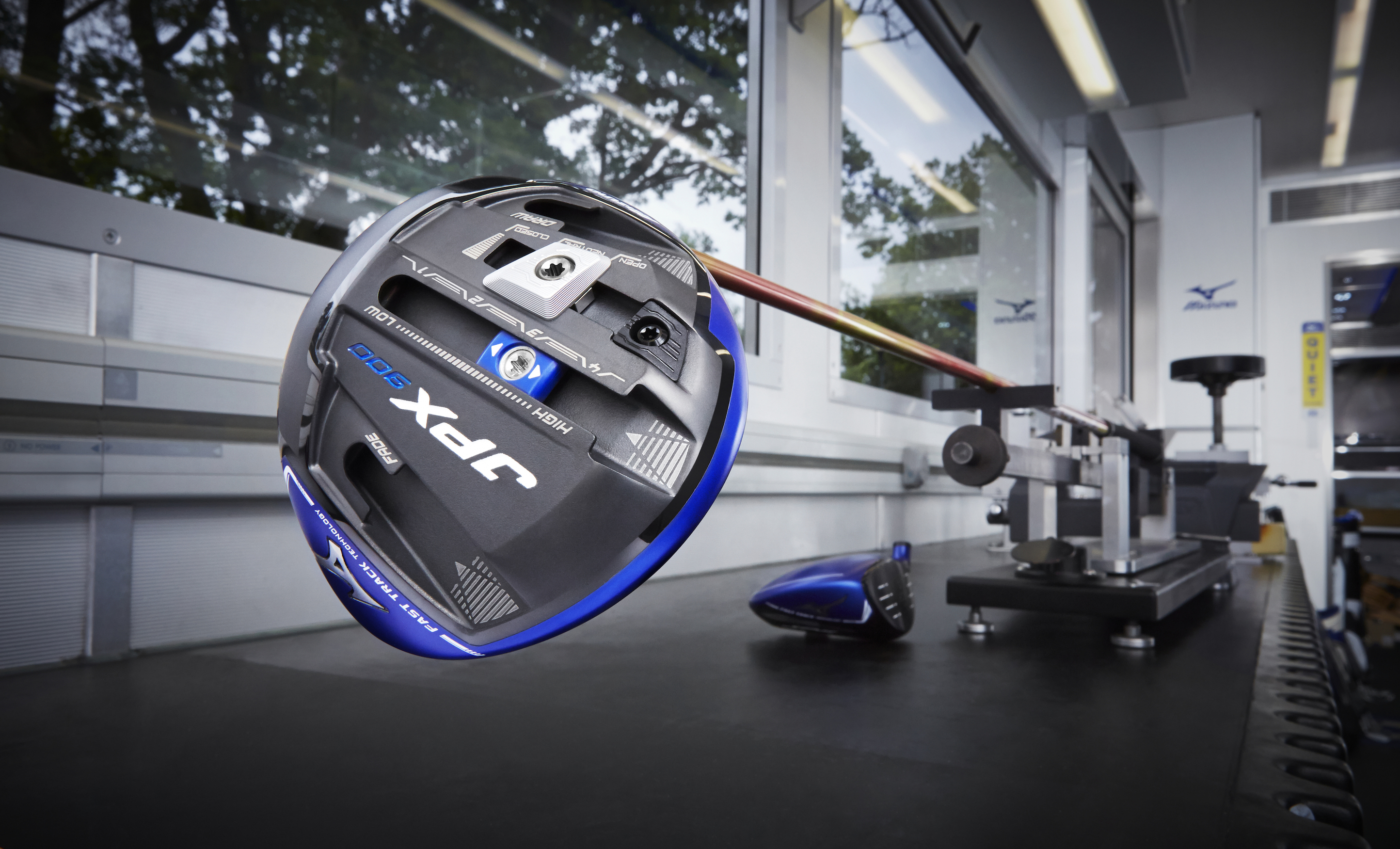 Mizuno, the Japanese golf equipment manufacturer founded in Osaka in 1906, has been at the forefront of golf equipment design for 110 years, and is proud to announce the launch of its new JPX900 metal woods, designed to squeeze every possible yard from a wider range of swings.

Mizuno has been finding extra yards from the tee longer than most – the Ti100 was the industry’s first mass-production titanium driver; T-ZOID was the first to focus on more efficient launch characteristics, MP-001 broke new ground with its graphite crown and the MP-600 was ahead of the game with its Fast Track sliding weight system. Now the new JPX900 Series metal woods are set to deliver Mizuno’s fastest ever ball speeds via ingenious design features and maximum adjustability that optimises launch angle and spin rates and helps convert mph into added yards for every golfer.

Challenged by its tour staff to create a driver that performed like the JPX850 on centre strikes, without the drop off in ball speeds on miss-hits, Mizuno engineers responded with a very different driver. The JPX900 boasts a raft of features engineered to consistently propel the ball to its maximum landing point even when miss-hit, and is fitted with a Fujikura Speeder Evolution 2 shaft as ‘standard’.

A newly configured, multi-thickness face, strengthened in key areas, significantly boosts ball speeds, while adjustability scales new heights courtesy of two 8g weights and three Fast Tracks in the sole. Add in the Quick Switch hosel that allows you to change loft or shaft in an instant, plus a face angle prop in the sole, and the new JPX900 can be optimised to an incredibly wide array of swing types.

Mizuno’s tour pros also asked for a driver that looked easier to hit, so the JPX900 has a longer, wider and shallower profile than its previous tour models, while internal tuning forks ensure the sound remains pure regardless of the weight positions (an inconsistency in most weight-movable models).

“It’s a very different approach to a tour type driver,” R&D’s Chris Voshall. “So many of the changes were based on creating more even ball speeds across the face, that the JPX900 became a driver that will work for a really wide range of players. Add to that the levels of adjustability and you’ve a driver that can pinch out a few more yards for almost anyone.”

The JPX900 promises “ball speed for everyone, spin if you need it”. The expanding Shockwave Sole on the new JPX900 fairway wood generates prodigious ball speeds that really close the gap on your driver, while the sliding weight system in the sole ensures maximum playability for a wide range of swing types.

“The fairway wood is one club we all strike really differently,” says Chris Voshall, Senior Club Engineer at Mizuno. “To be able to add loft, or move the weight back from the face, makes the JPX900 incredibly versatile. Our tour players will generally take loft off their 3-wood to use it as a safe driver alternative – so being able to move a little weight away from the face for a touch more spin is even useful for them.”

Ball speed comes via the contraction and expansion of the Shockwave Sole, which creates exceptional levels of energy for a compact head; spin and launch can be tailored to individual needs via a movable 15g weight in the sole and the Quick Switch system that allows loft to be adjusted to a range of 4 degrees. Like its big brother driver, the JPX900 fairway again comes fitted with a Fujikura Speeder Evolution 2 shaft as ‘standard’.

The JPX900 – Mizuno’s first adjustable hybrid – has been built like a wood to play like an iron, sharing much of the same technology as the fairway wood: the energy-creating Shockwave Sole that also places extra mass low in the club for added playability from the turf, and the Quick Switch system that allows loft adjustments to a range of 4 degrees.

Designed to play more like a long iron, the JPX900’s face sits more like an iron than in Mizuno’s previous hybrids, while the club is set up a little shorter and flatter than previously to work especially well for players who normally hook their hybrids.

“Most people use hybrids to replace their longer irons so we fully committed to making the JPX900 more of a long iron replacement,” says Tetsu Kanayama, R&D Director at Mizuno. “We’ve made a number of little changes that make it easier to strike like an iron, but with the safety net of the wood-style body attached.”

Mizuno has strived to “create the best products for consumers” for 110 years, and the new JPX900 drivers, fairway woods and hybrids adhere firmly to that original spirit and desire, while offering the best performance benefits that modern technology can bring. #NothingFeelsLikeAMizuno