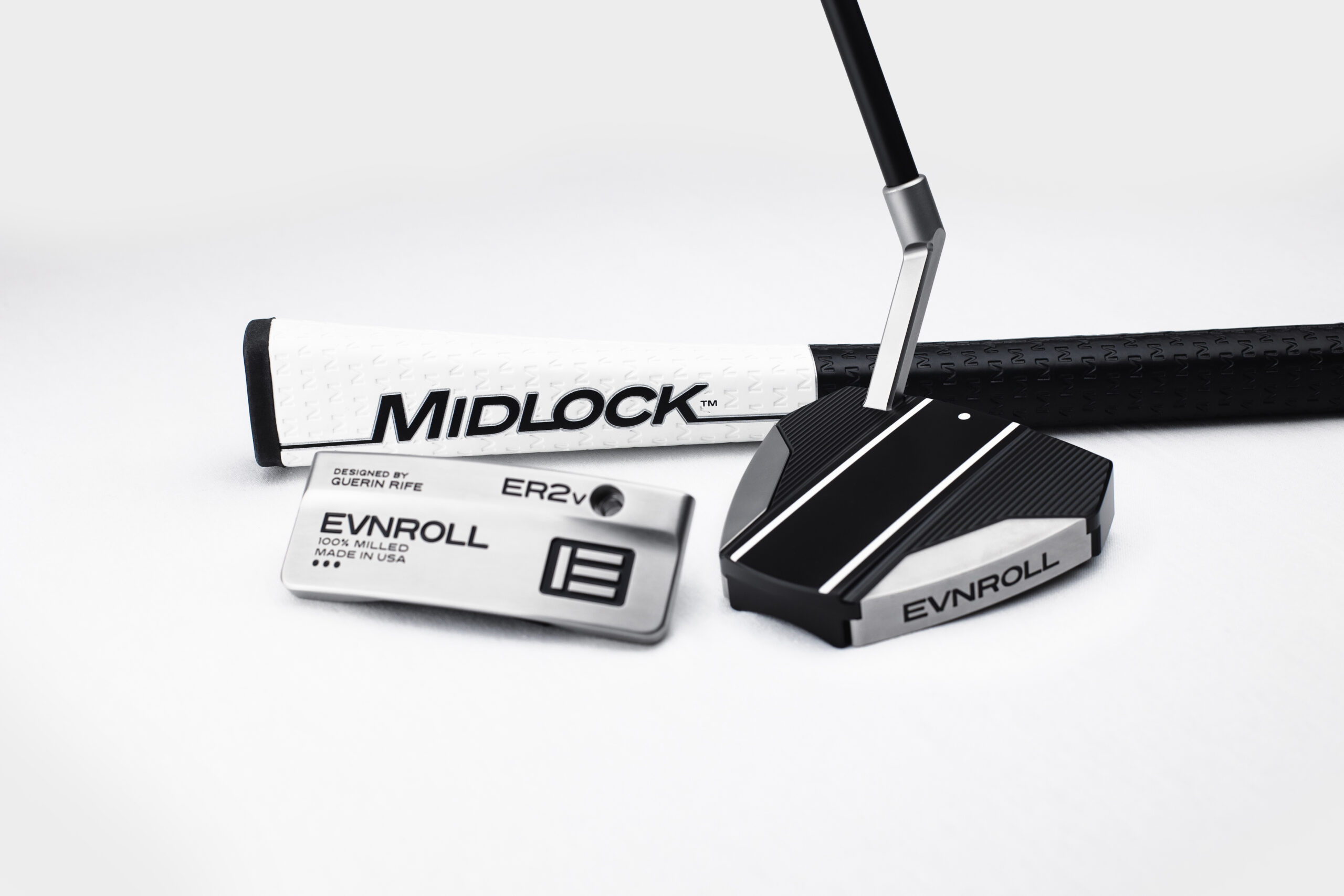 NEW MIDLOCK PUTTERS WILL BRING ARMLOCK TO EVERY GOLFER IN AN UNCOMPLICATED, USER-FRIENDLY WAY

CARLSBAD, CALIFORNIA – Evnroll has unveiled “Midlock” for 2021 – a new full putter concept offering a streamlined and simplified version of the Armlock method.

As it eliminates the problem of overactive hands and wrists, Armlock has been made popular by a number of top players in recent years and has proven to be highly effective. However, due to issues around the cost of construction and the requirement for custom-fitting to suit individual golfers, Armlock putters have not become a standard offering from most major manufacturers.

Well Evnroll has taken on the challenge and created the Midlock – ‘Armlock made easy’ for regular golfers.

The secret to the Midlock putter is in the patented grip design combined with a long slant neck hosel.  The new Midlock Grip features the deepest pistol dimension allowed by the USGA.  By positioning the grip sideways, the deep pistol pushes the shaft angle away from the mid-forearm reducing the typical 9 degrees of loft in an Armlock putter to just 4 degrees; similar to a simple forward press.  This comfortable setup allows for an effortless one-piece putting stroke with no moving parts.

Evnroll’s Midlock putters have been designed to bring Armlock to every golfer in an uncomplicated, user-friendly way.  The putters are just 6” longer than the length required for a conventional setup. The 6” extra pistol section is the part that extends above the hands.  So if you use a 34” putter then you would use a 40” Midlock putter.

Midlock is available in four distinctive Evnroll models.  One blade (ER2), two mallets (ER5 and ER8), and one MOI design – the high-performance ER11 mallet. Each Midlock putter comes with black shaft and paint fill as well as the long slant neck hosel and Midlock grip.

All the Evnroll Midlock putters are CNC Milled in Carlsbad, California. Each features Guerin Rife’s ground-breaking, patented ‘Sweet Face Technology’ – an innovative and unique mill pattern engineered to deliver uniform performance across the entire hitting area of the putter face for unprecedented accuracy and zero dispersion.

Evnroll putters have won a host of accolades, awards and elite tournaments across the globe.