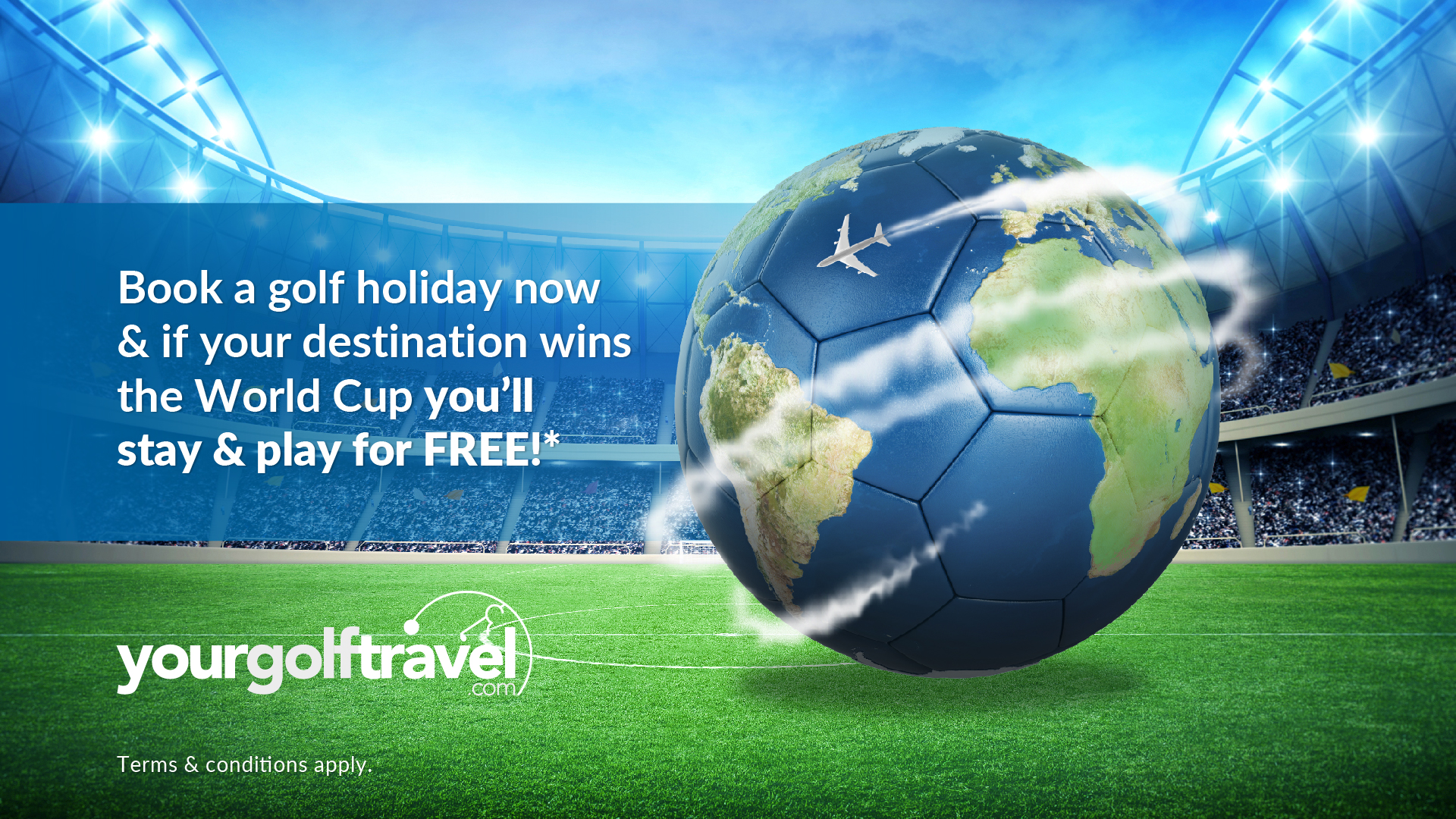 Before all the football action began in Russia last month, Your Golf Travel (YGT) launched an amazing summer promotion to coincide with the 2018 FIFA World Cup. In the exciting campaign, which ran from 25th May until 13th June, YGT promised to cover all the stay and play costs of anybody who booked a trip between these dates with them to the country that went on to lift the Jules Rimet trophy in Russia.

Offering golfers a chance to stay and play for FREE added considerably to the excitement of the many thousands of YGT customers glued to all the action from Russia during this summer’s FIFA World Cup.

In particular, it meant that over 100 golfers who had booked their golf holidays to France between the campaign dates were even more on the edge of their seats than the rest of us on Sunday July 15th as France battled it out with Croatia for the most prestigious trophy in football. France’s eventual 4-2 victory ensured that all those golfers will now be travelling to the country for FREE this year.

Despite a pay-out of over £80,000, Your Golf Travel CEO, Ross Marshall, was delighted with the success of the promotion and the added pleasure it will now bring to a significant number of YGT customers. “The World Cup was full of excitement and drama,” said Marshall after the final whistle in Moscow. “Croatia is still an emerging golf destination so you might have thought that we would have been willing Luka Modric and his men to succeed in Russia! On the contrary, we are thrilled to be sending over 31 groups of golfers on a free golf holiday to France in what is a very big golfing year for the country with the Ryder Cup now just over a couple of months away. “Your Golf Travel is offering bespoke Ryder Cup packages for what promises to be a truly unforgettable weekend at Le Golf National in Paris from September 28th-30th this year. To find out more visit www.yourgolftravel.com/ryder-cup

Your Golf Travel has been at the very forefront of the world golf travel market for over a decade now, during which time the company has overseen and co-ordinated bookings and tee-times to over 3,000 destinations in 22 countries worldwide for a phenomenal 200,000 golfers every year.