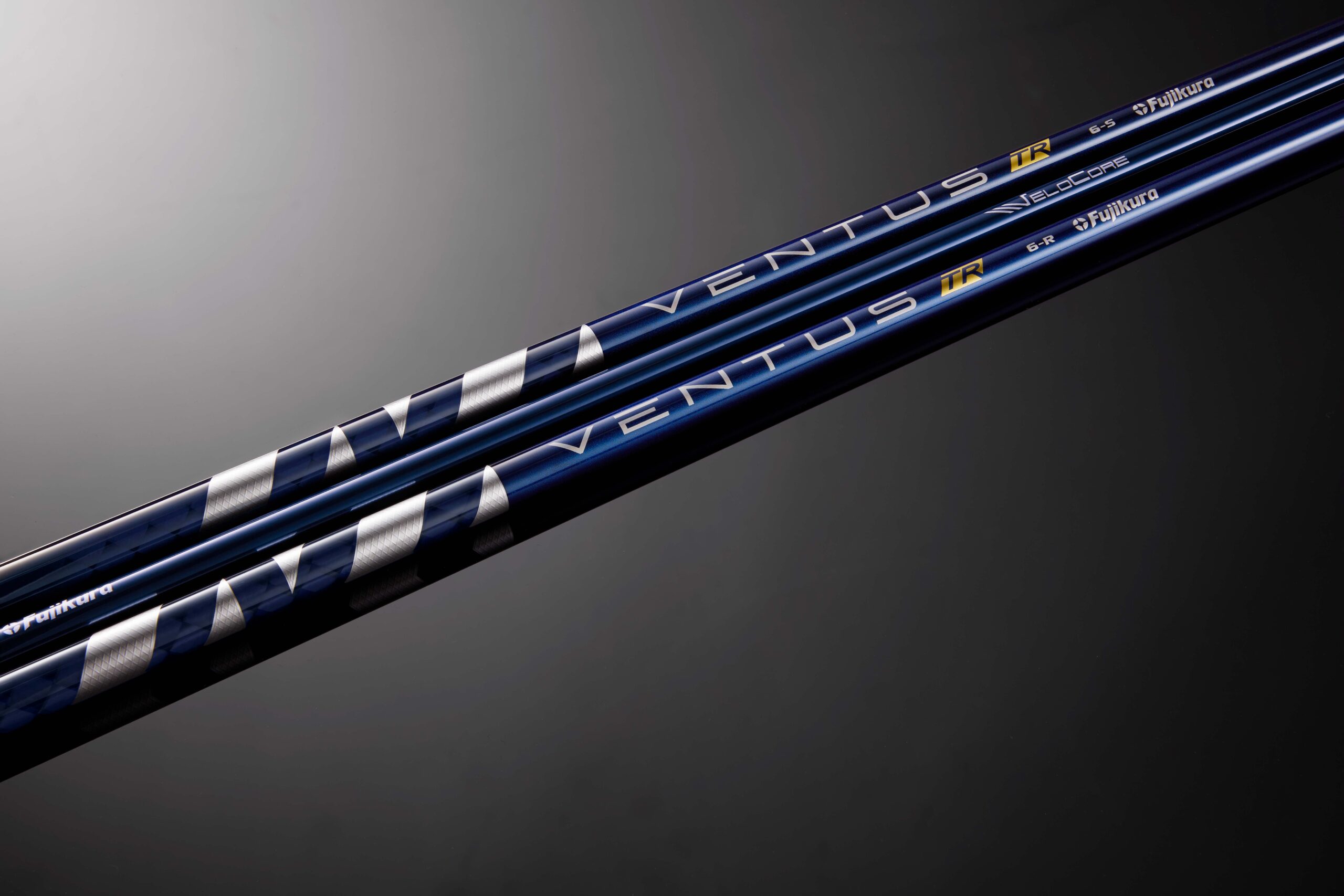 Carlsbad, California. (January 17, 2022) – Fujikura, the leader in performance golf shafts, is proud to unveil the latest addition to its successful VENTUS line of shafts: VENTUS TR.

The new VENTUS TR features a mid-launch profile designed specifically to stiffen torque in the section of the shaft where golfers need it most, leading to increased stability and consistency.

While VeloCore Technology remains at the heart of VENTUS TR to provide an incredibly stable overall platform, an added layer of ultra-strong and ultra-lightweight Spread Tow fabric reinforces the mid/handle section to increase torsional stiffness by almost 10% compared to VENTUS Blue.

Ongoing enso® analytics at Fujikura have shown one of the highest stress points of the shaft is the mid/handle section during the transition and downswing. Fujikura’s engineers targeted this specific section on TR by stiffening torque to reduce twist and ovalization, ultimately providing golfers maximum stability.

“It’s no easy feat to improve on a product as successful as the original VENTUS, but our engineers were up to the challenge. VENTUS TR encompasses all the best performance benefits that players have embraced with VENTUS Blue and increases stability and consistency without sacrificing player feel,” said Spencer Reynolds, Fujikura Product Marketing Manager. “We’re excited to see just how much success players of all skill levels will gain from this new product.”

Launched in 2019, VENTUS has quickly become Fujikura’s best-selling shaft line and was the most played driver and wood shaft during the 2020/21 PGA Tour Season. Expanding on one of the most successful product lines in Fujikura history, VENTUS TR was born from a continuous and dedicated quest for improvement. Driven by feedback from the best players in the world and validated through enso® testing and analytics, VENTUS TR establishes the new benchmark for shaft stability and consistency.

VENTUS TR will be available at retail from February 1, 2022 through 600+ authorized Fujikura Charter Dealers and select OEM custom programs. With an MSRP of $350, TR is available in a wide variety of weights and flexes, ranging from 56 grams to 88 grams and R2 up to X flex.