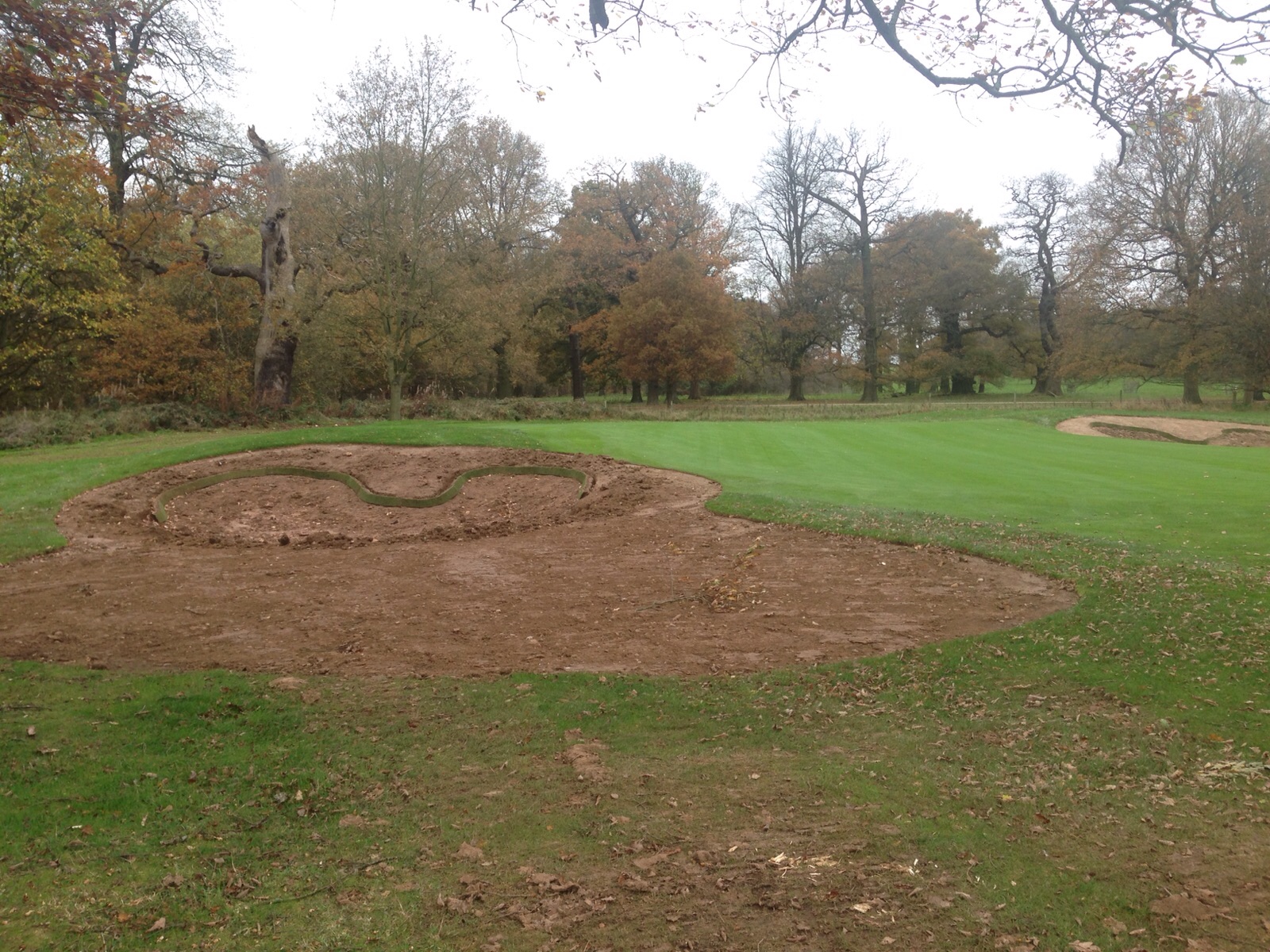 The third and final phase of a major Improvement and upgrade programme is well under way at Kedleston Park, Derbyshire’s top-ranked golf club.

Kedleston Park is a beautiful, mature parkland course set in peaceful countryside within the grounds of magnificent Kedleston Hall, a grand 18th century stately home just a few miles northwest of Derby city centre. The course was constructed in the late 1940s by renowned course architects Colt, Alison and Morrison to a design originally penned by the legendary five-time Open champion, James Braid.

Now it is one of the current era’s finest designers who has been tasked with helping the already highly regarded Derbyshire club raise the bar yet further, with an ambitious bunker renovation and improvement programme that has just entered its third and final phase. Tom Mackenzie of world-renowned golf course architects, Mackenzie and Ebert, has overseen the thorough, yet sensitive, upgrade project. In association with The R&A, the two men have worked on many of the current Open Championship venues, including Royal Portrush, where The Open is set to return in 2019 after a 68-year absence.

The aims of Kedleston Park’s upgrade programme are twofold – to improve the visual appeal of the holes, and to enhance the course’s strategic demands, ensuring that it continues to pose a suitable challenge to golfers of all abilities in the 21st century and beyond. Mackenzie’s brief has primarily been to rework many of the course’s bunkers, mounds and greenside complexes, reshaping and restyling some bunkers, repositioning others, and converting yet others into grass hollows or run-offs. The excellent work undertaken in phases one and two in 2013 and 2014 has bedded in superbly, meeting with wide approval from both members and visitors

Now it’s time to finish the job, and work is well under way on the holes yet to enjoy a facelift, with the early stages of the final phase focusing on the fairway and greenside bunkering on the 5th, 12th and 13th holes. Some 20 bunkers in total are being built or renovated in this final phase, and if the weather plays ball, the club hopes that all construction work will be completed by Christmas or early New Year at the latest, with the reworked holes then fully operational by April 1 next year.

Kedleston Park’s facilities were further enhanced this Autumn with a major redevelopment of the club’s short-game practice area, allowing members and visitors to really hone their touch around the greens. The excellent new practice facility comprises a 585m2 contoured green, surrounded by two bunkers and a variety of swales, mounds and hollows, all designed to allow golfers to practise the full complement of greenside shots.

“We, and all our members, are very excited that the third and final phase of our major improvement programme is now under way,” says Club Chairman, Ian Neal. “We have all been delighted with the results of phases one and two over the past two winters, and are now eagerly awaiting the finished article next spring. We are convinced that this significant investment, along with the endeavours of both Tom Mackenzie and our hard-working greenstaff, will enable us to cement our position as Derbyshire’s premier golf club, and help us to attract more members and visitors as our reputation continues to grow.”