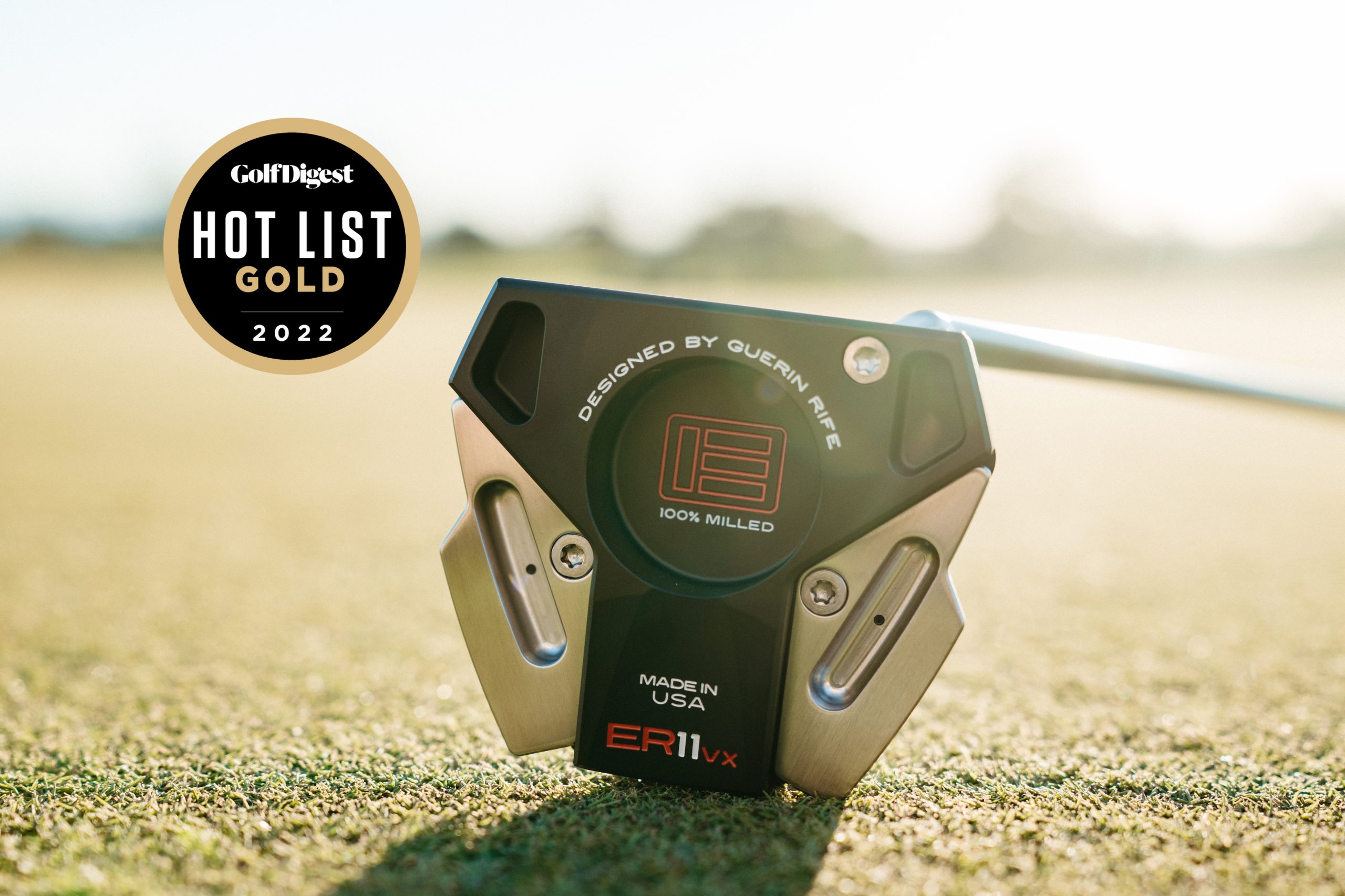 CARLSBAD, CALIFORNIA – Evnroll putters continue to receive the highest levels of industry recognition for their innovation, design, production quality, and performance. The company has received Golf Digest ‘Hot List’ awards in the blade and mallet putter categories for a second year running.

In this year’s prestigious Hot List, renowned media outlet Golf Digest has presented Evnroll with two gold awards for its hugely successful V-Series – in both the blade and mallet putter categories.

Awarding Evnroll’s V-Series putters a gold in the blade putter category, Golf Digest praised Evnroll for the versatility of the putters as well as the Midlock grip option.

“The attention to detail oozes class. The two small aiming dots, the exposed screws and even the grip made every roll optimal,” was the ‘player comment’ from Golf Digest.

In the mallet section, Evnroll’s V-Series received five stars for innovation and Golf Digest were, once again, highly impressed by the adjustability of the putters with their different hosel options as well as the Midlock grip for the “growing armlock contingent,” as they put it.

“Exudes stability at all angles, a good knock on impact, firm but not harsh,” was the player comment.

“This is the second year running that we have been recognized in the Hot List. We are thrilled to win gold again in both categories. It’s further recognition for the technology and innovation we build into all our putters,” said Guerin Rife. “Independent testing and awards are very important to us as they validate the technology we build into each Evnroll putter and help to demonstrate the performance benefits of our patented ‘SweetFace Technology’.”

All Evnroll putters are CNC milled in Carlsbad, California. Each features Evnroll’s ground-breaking, patented ‘SweetFace Technology’ – an innovative and unique mill pattern engineered to deliver uniform performance across the entire hitting area of the putter face for unprecedented accuracy and zero dispersion.

Evnroll’s V-Series of putters, with V standing for versatile, delivers exceptional choice for golfers. Eight of Evnroll’s most distinctive head shapes are available within the range and, for 2022, there will be a choice of six different hosel options.

Evnroll’s Midlock is Armlock made easy for regular golfers. The secret to the Midlock putters is in in the patented grip design.  The new Midlock Grip features the deepest pistol dimension allowed by the USGA.  By positioning the grip sideways, the deep pistol pushes the shaft angle away from the mid-forearm reducing the typical 9 degrees of loft in an Armlock putter to just 4 degrees; similar to a simple forward press.  This comfortable setup allows for an effortless one-piece putting stroke with no moving parts.

For more information about the entire line of Evnroll putters, which will be available at retail from Mid-March 2022, please visit www.evnroll.com. Nothing rolls like an Evnroll.