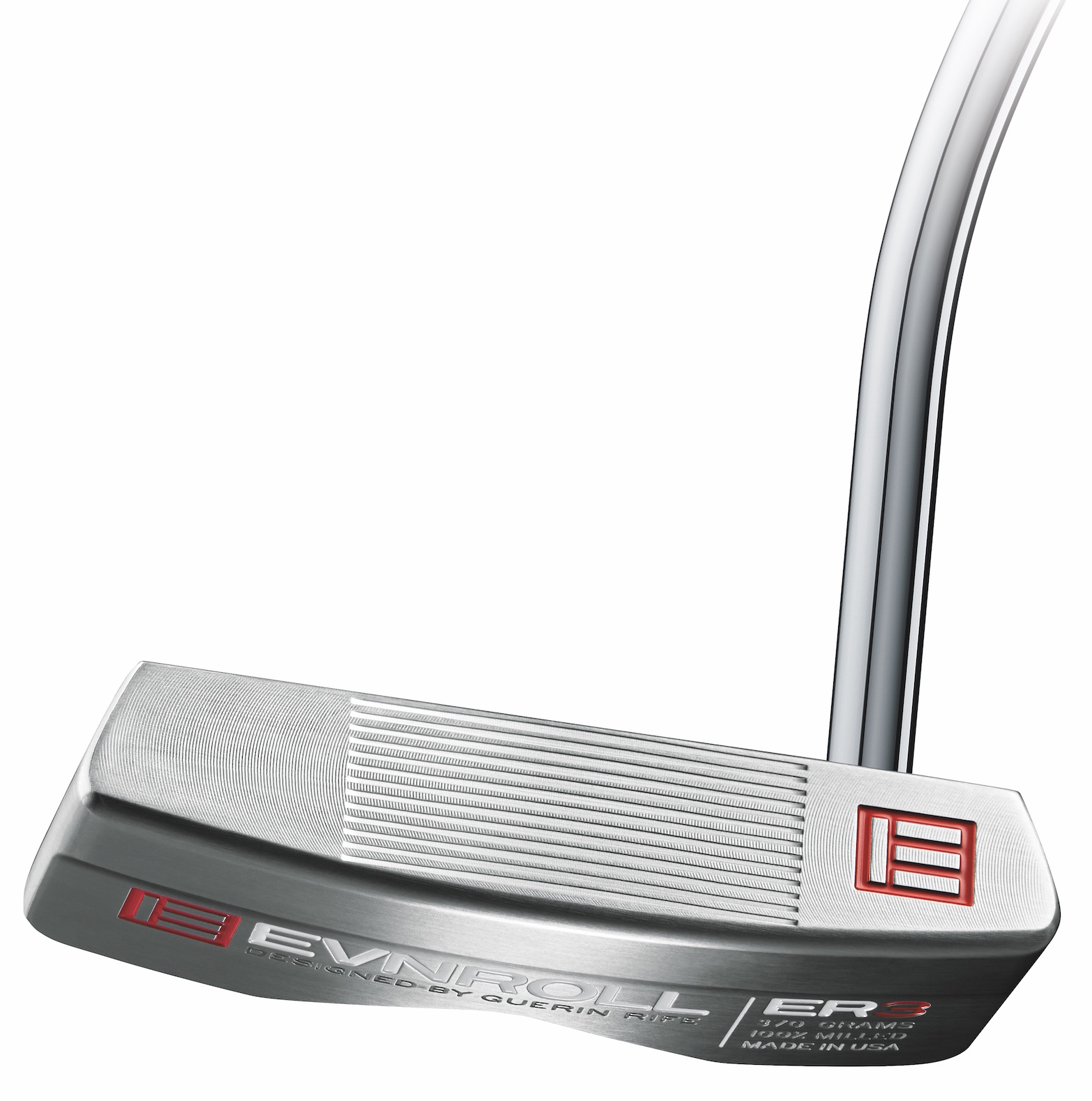 ‘The Sweetest Face in Golf’ burst on to the scene in 2016 to rave reviews and accolades. After being named ‘Best of the Best’ in early fall by MyGolfSpy.com, even more was to come in 2017 when Evnroll became the first brand to win MyGolfSpy’s ‘Most Wanted Blade’ and ‘Most Wanted Mallet’ putter tests in the same year, both by some margin.

Now history has repeated itself as the brand, which unveiled five new Evnroll Putter models at this year’s PGA Merchandise Show in Orlando, has started 2018 just as strongly. Evnroll claimed 1st spot in MyGolfSpy.com’s ‘2018 Most Wanted Blade Putter Test’ with its new ER3 model, before the ER8 Tour Mallet added a joint 1st place in the ‘2018 Most Wanted Mallet Putter Test’.

“We are delighted to win these awards for the second year running,” said Designer and CEO Guerin Rife, “as comprehensive and thorough independent putter tests like MyGolfSpy.com’s validate the technology we build into all Evnroll putters and help to demonstrate the benefits of our Sweet Face Technology that is key to their performance.”

The largest fully independent blade putter test in the industry saw MyGolfSpy’s team of 20 testers trial 26 blade putters from golf’s top brands, recording 14,695 putts over more than 120 hours. This comprehensive test included a series of putts from 5, 10 and 20 feet, with each tester playing the equivalent of 18 holes with each putter and recording the total number of putts to finish each hole.

For 2018, MyGolfSpy.com has refined its scoring further via the TRUERank system, a new metric that factors in order of finish (rank) and the percentage of golfers for whom each putter was in the statistical top group.

This is where Evnroll’s ER3 WingBlade excelled, ranking 1st from both 10ft and 20ft to achieve a TRUERank of 70% and beat the second-place finisher by 15%. For 2018, the ER3’s new improved look features a refined outward heel and toe flare to give it a broader appeal. The rear edge of its center cavity section has a cut-away shape in a forward-pointing “V” intersecting with the center sight line. This removes mass from the middle of the head allowing for more weight in the extreme heel and toe for increased stability.

Better still, Evnroll also retained its ‘Most Wanted Mallet Putter Test’ crown with its ER8 Tour Mallet. The same protocol saw 20 testers hit 17,463 putts with 31 mallets over a 135-hour period. The ER8 emerged as top performer from both 5ft and 20ft, achieving a joint test-topping TRUERAnk of 60%. The ER8 is a more compact heel-and-toe weighted mallet in a Silver Satin finish with a solitary white sightline.

“To win both the blade and mallet ‘Most Wanted’ putter tests two years running is not only unprecedented, but beyond our wildest expectations,” added Rife.

Backed by years of research and development, Evnroll’s patented Sweet Face Technology, a unique and precise face milling on each Evnroll putter, imparts progressively more energy transfer on off-center hits to roll the ball a consistent distance with every stroke regardless of impact point. What’s more, the unique milling pattern also works to gently re-direct the ball back to the center eliminating dispersion from off-center hits.

These technology-affirming results see Evnroll enter 2018 confidently, with the range extended to 11 models thanks to five new arrivals. These include the ultimate high-MOI ER9-10K mallet hailed by Rife as “stability on steroids!” The other two new models are the ER2cs and ER7cs – center-shafted versions of the ER2 MidBlade and ER7 FullMallet that won MyGolfSpy.com’s 2017 tests.