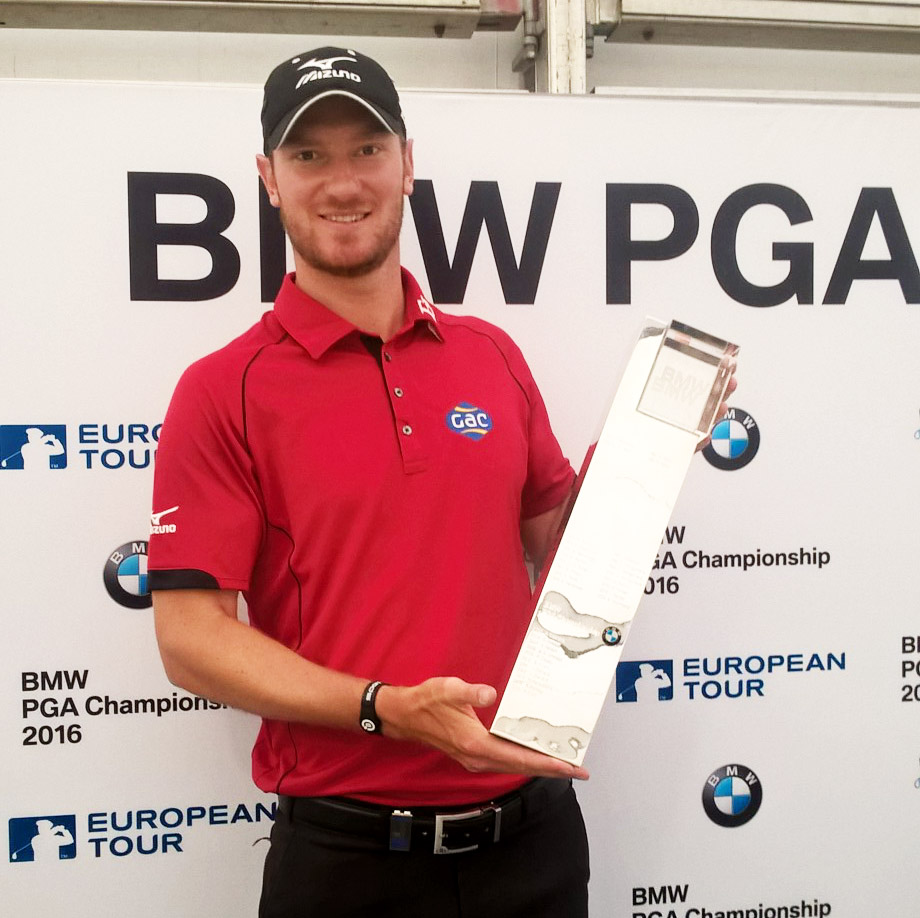 Bioflow, one of the worlds leading suppliers of magnetic therapy, is celebrating after a successful week at The BMW PGA Championship as staff player Chris Wood’s victory handed them their first win of the 2016 season.

The Englishman, who wears the Bioflow Sport wristband shot a record-equalling front nine 29 in the final round on Wentworth’s West Course, before maintaining his nerve on the home stretch to claim victory by one shot from Swede Rikard Karlberg

The 28 year old shot impressive rounds of 72, 70, 68 and 69 to finish -9 under par and catapult himself up both the World, and Ryder Cup, rankings. The win also sealed Wood’s third European Tour Title, all while he has worn Bioflow Sport products.

Wearing his Black Bioflow Sport wrist band, Wood kept his cool on the on the 72nd hole, the par 5 18th, hitting two sand wedges from the fairway to set-up a par finish and claim the biggest prize of his career.

Meanwhile, a great week for Bioflow Sport was topped off by Scott Jamieson, who had a hole-in-one at the 10th hole on day two to win a BMW M2. Fellow Team Bioflow member, Lee Westwood, finished the week tied for 15th place.

Richard Corsie MBE, Managing Director of Bioflow, commented: “The BMW PGA Championship at Wentworth really marks the start of the golf season in the UK and what a week it has been for Bioflow. We are delighted for Chris on securing his third victory on the European Tour, all since he has been wearing our products, and congratulations must also go to Scott for his hole-in-one.”

Magnetic therapy is complementary, non-invasive and 100% natural and the Bioflow Sport Wristbands and bracelets are the latest in a line of product innovations from the leading magnetic therapy company, designed specifically for the sports market. With over 1 million satisfied customers, Bioflow has been the magnotherapy product of choice by sports professionals and athletes worldwide for over 20 years.

Chris Wood and Scott Jamieson are joined on Team Bioflow by a number of other leading golfers who also recognise the benefits of Bioflow magnetic therapy; Lee Westwood and Tommy Fleetwood.