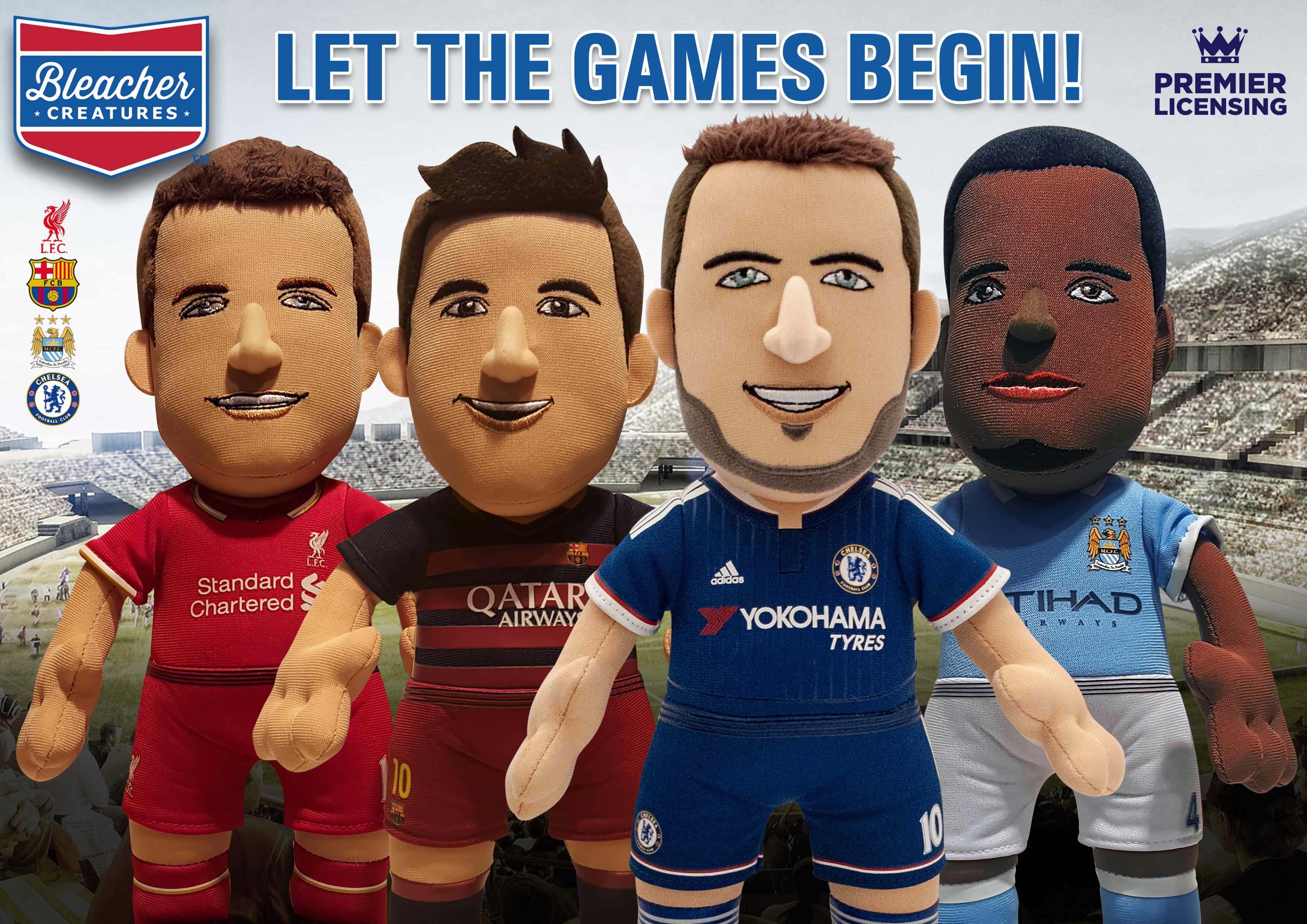 Premier Licensing, one of the leading suppliers of licensed gift and sports accessories in Europe, is delighted to announce they are bringing Bleacher Creatures to the UK gift and collectible market, exclusively.

Bleacher Creatures are uniquely true-to-life plush figures that turn the greatest athletes and entertainment icons into characters, even friends, whom you can hang out with anytime, anywhere.

Aimed at the gift and collectibles market the plush figures have been nothing short of a phenomenon in the US and Premier Licensing plan to enjoy the same success in the UK and Ireland.

Bleacher Creatures believe in the bond between fans and their heroes—and make it real. The goal: to encourage fun, inspiration and, of course, play among fans of any age.

Brand-new additions to the Bleacher Creatures universe take inspiration from the world of entertainment; movies, TV, and comic books, with plush dedicated to Avengers, Spiderman, Antman, Guardians of The Galaxy, Batman, Man of Steel, The Italian Stallion, Heroes of Middle Earth, and other surprises to come including the introduction of Premier League characters featuring the stars of Chelsea FC, Liverpool FC and many more.

From Robshaw to Ruckley, Premier Licensing is also delighted to announce an England Rugby range of Bleacher Creatures in time for RWC 2015.

Kevin Funnell, Director of Premier Licensing, who hold over 20 licenses for UK football and rugby clubs and associations, said: “As well as Batman, Superman, the Hobbit, DC Comics and other sports and entertainment licenses, we’ll be working hard to use our relationships to add even more UK football and rugby licenses to bolster our proposition in the UK.”